Dates were recently announced of upcoming The Four Tops and The Temptations eight date Uk 2020 tour...

Original group members, Duke Fakir and Otis Williams, of the Four Tops and Temptations respectively, are said to be delighted to be returning to the UK for the 2020 8-date concert tour in October and November.

'We are thrilled to be coming back to the UK, says Duke Fakir. We always have such a great reception from our fans here, it always feels like home. It makes it so special to perform for the folks in Britain.'

'We want to thank our British fans for supporting and inspiring us over a half century. I've had such memorable trips to Britain dating as far back as the early 70's, including meeting the Archbishop of Canterbury to recording our Live at London's Talk of the Town album. As we mark our 60th Anniversary in 2020, the Temptations want to pay special tribute to fans in the UK and worldwide. We invite everyone to join us in celebrating this special milestone during next year's tour" says Otis Williams

The Four Tops and The Temptations 2020 tour dates go like this... 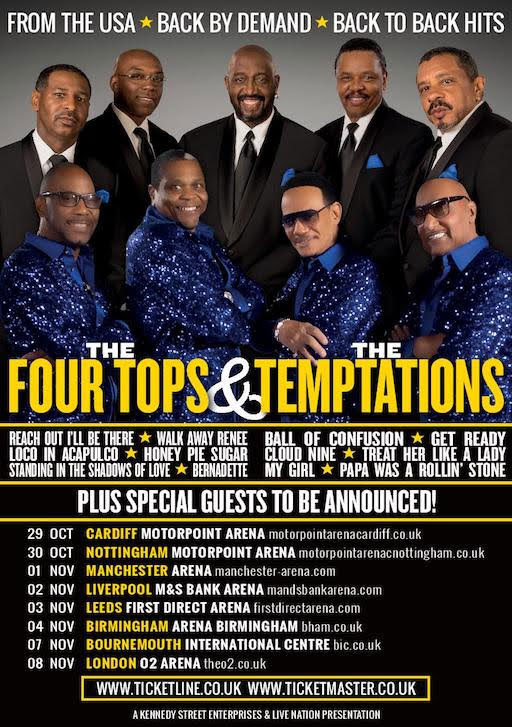