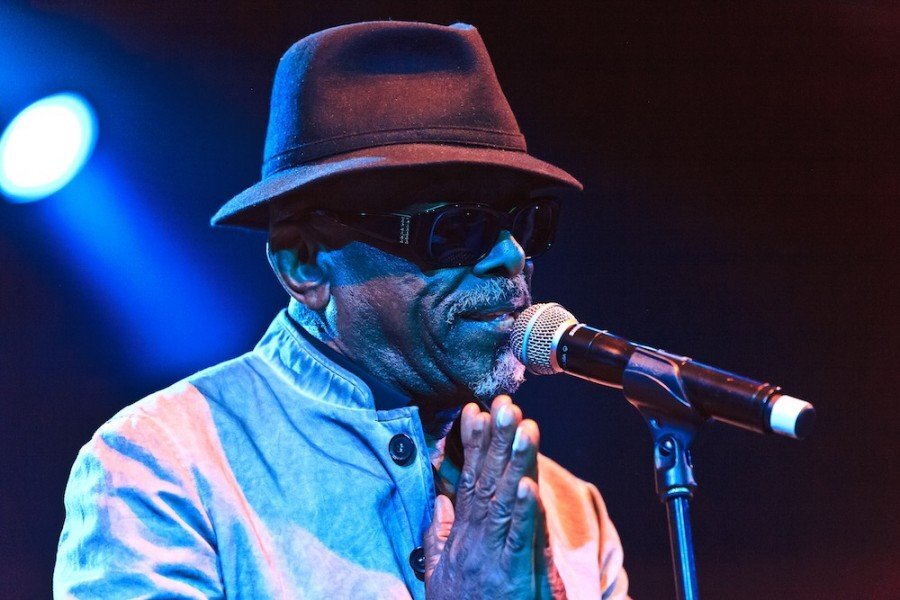 Some info taken from the Band On The Wall website:

The great American soul singer Leon Ware visits Band on the Wall celebrating 50 years of producing hugely influential and beautiful music that's been etched into the hearts of fans of superbly crafted, timeless love songs across the world.

Ware’s gorgeously romantic groove and timeless vibe has been seducing lovers’ earlobes over the generations and has been the songwriter of choice for some of the globe's biggest stars - think Michael Jackson crying his heart out on the AM radio gem and Ware penned I Wanna Be Where You Are from his very first solo LP. Indeed it gives you a sense of the his longevity when you realise 2012 marks that particular music milestone’s 40th Anniversary.

Marvin Gaye defined seduction and desire on the Grammy-nominated masterstroke I Want You, a song suite — also featuring After the Dance, Come Live With Me Angel and Since I Had You — which was originally a Leon Ware album that Marvin begged to be his. From Minnie Riperton’s rapturous Inside My Love to Donny Hathaway’s reverent I Know it’s You, Ware’s magic carpet ride of influence resonates right on into today - whether collaborating with Quincy Jones on Body Heat (also featuring If I Ever Lose This Heaven - both sung by Leon) or Maxwell on his sumptuous debut Sumthin’ Sumthin’, rap icons 2Pac and A Tribe Called Quest sampling his Wares, jazz giants Gato Barbieri and Fourplay melting into his melodies, and pop-rock superstars Madonna and Todd Rundgren covering his classics.

Add to these the acclaimed album recordings of his own including Musical Massage, Love’s Drippin’, Taste the Love, Moon Ride, Candlelight (with jazz man Don Grusin) and the provocatively prophetic Rockin’ You Eternally, and you realise Leon Ware has an immensely impressive back catalogue to draw upon for this much-anticipated anniversary tour.

Draw the blinds, pour the wine, pull back the bed sheets and head down to Band on the Wall to fall in love with this wonderful artist all over again. Advance booking strongly recommended.

This event will begin at 8.30pm but our Picture House Cafe Bar is open from 5.30pm for delicious food and drinks.

For tickets for Islington visit:

For tickets for Manchester visit: