After the serious illness announcement regarding Sharon in 2013, its good to be able to say that after a successful operation Sharon Jones is back and plans on hitting the ground running in 2014. With the release of the album Give the People What They Want in January and then starting in February a Worldwide Spring tour 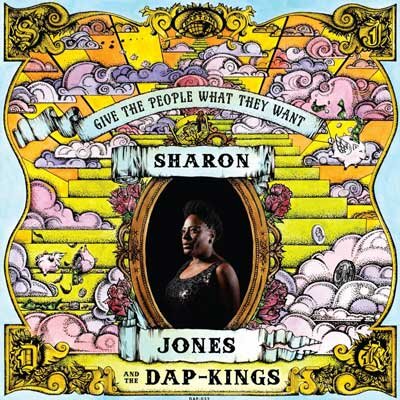 The new album is titled Give the People What They Want and is scheduled to be released on January 14th, 2014

The album lifts off with “Retreat!," an up-tempo stomper with ominous, thundering arrangements, and marches directly into the pulsing Detroit-flavored soul of "Stranger To My Happiness" before easing back down into the mellow feel-good anthem “We Get Along”. Track after track, Give the People What They Want delivers every bit of the unbridled soul and studio acumen that defines this bands’ universally loved sound

all USA and Europe dates and purchase ticket options

Happy Days!! Just booked our tickets for May, which they throw in a digital download of the new LP in with, I'm sure I got that right....

Have you seen the new video? How good is that..,. Concerts Gonna be a cracker!!!