The Isley Brothers are touring the Uk in 2020

The tour will see the group visit six dates in June and July 2020   inc a show at London’s Eventim Apollo on July 1.

Coming back to the UK for the first time in 10 years! We are going to make these shows some special ones! #SHOUT #isleybrothers 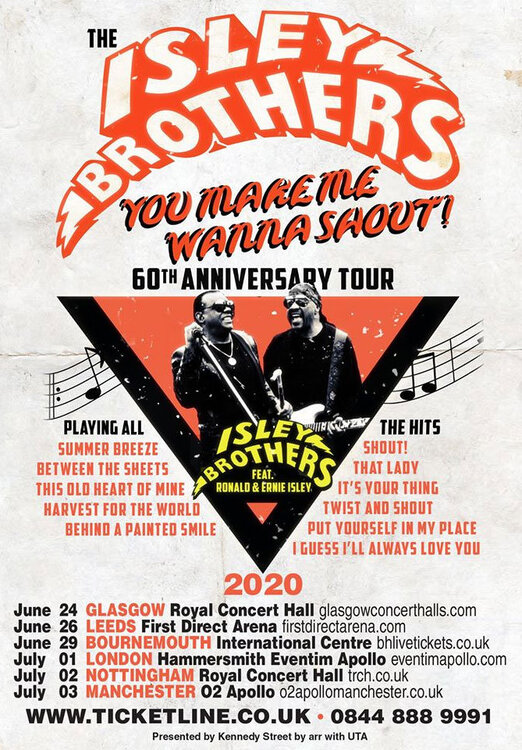