CBLL037 Charles Buddy Smith - When You Lose the One You Love' 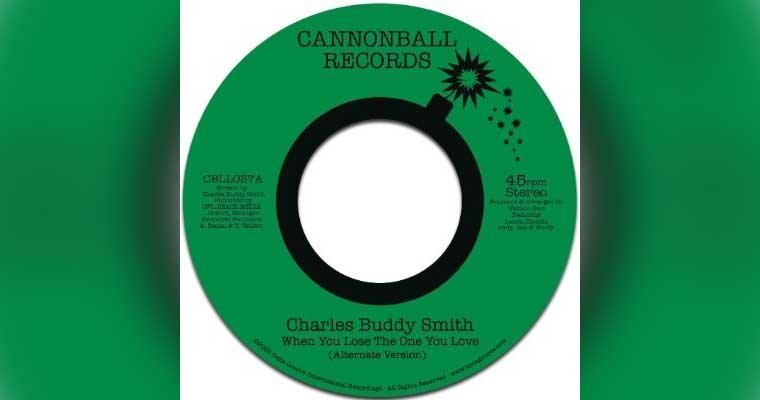 “When You Lose the One You Love” (Previously Unissued Alt. Take)

“You Get What you Deserve”

Preorder a Tp or a Std copy here: https://cannonballsoul.com/cannonballrecords/

While sailing safe towards the glorious shores of release number 60 across the whole catalogue, we are proud to present you a previously unissued alternate take of the immense recording that saw the light on Brute in 1967, and earned a well deserved induction in the hall of fame of the great rare soul records of all times by becoming a steady classic at all major worldwide soul events starting from Stafford.

IMPORTANT: besides the obvious appeal this different take offers in terms of arrangement, what makes this release relevant are the real credits of the song.

Although the first versions was credited to Tony Clarke of Landslide fame as the writer of lyrics and harmony in fact, true story is that it was penned by Buddy Smith himself who got ripped off seeing his composition stolen and credited to someone else in the fashion of the good old music industry of a time when scum had no skin colour, if not the colour of money.

This is the reason why we set the records straight on the printed labels, so that the many connoisseurs among us might get an answer when rising their eyebrows. For those who don’t know the man yet (which would sound very odd at this point in time) Charles Buddy Smith is a lifelong Detroiter, an Army Ranger veteran and a prolific songwriter and performer deeply immersed in the Detroit music scene.

He was recently featured as an artist on drummer/songwriter/producer Drew Schultz's Back To Class series, which continues to raise money and advocate for music education in Detroit Public Schools (just google up for Drew Schultz to know more about the project). Buddy has never stopped performing live and doing studio recording sessions working alongside many other great Detroit artists like McKinley Jackson of Invictus/Hot Wax fame, Joey King Fish from Thelma/Checkmate, and Detroit’s finest guitarist Erich Goebel just to name a few.