A preview of the release notes by @ady croasdellfollows,  the full version can be read via the weblink below

We released the best of Chuck Jackson’s Wand recordings on “Good Things” (CDKEND 935) in 1990 and subsequently put out his eight Wand albums as four CD two-fers. A reassessment of the tapes from our Wand trawl of the mid-80s, along with more recent discoveries, means we are now able to issue a final CD of previously unreleased tracks and rarities. Of the eight previously unheard songs, highlights are the perky opener ‘Things Just Ain’t Right’, a tremendous cover of the Curtis Mayfield-written ‘Need To Belong’, originally covered by Jerry Butler, and ‘Anymore’, a duet with Dionne Warwick.

Also included are ‘Little By Little’, a great uptempo dancer previously available on the Kent LP “A Powerful Soul” in 1987, ‘The Silencer’, a secret agent-styled film theme released only on a 3CD set in the 90s, and a demo of ‘In Between Tears’ previously exclusive to another Kent LP. There are two very good B-sides, ‘For All Time’ and ‘And That’s Saying A Lot’, which have never appeared before on CD. Some collectors may know ‘And That’s Saying A Lot’ from Christine Perfect’s cover on her first solo LP. ‘Big New York’, which appeared on our deleted “In The Naked City” CD, is also included. 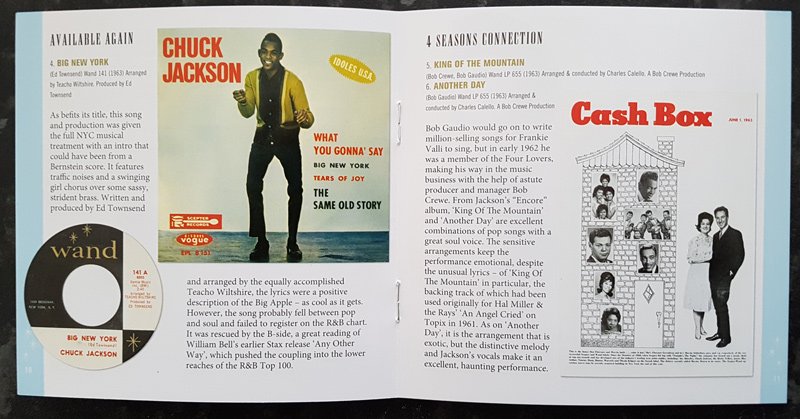 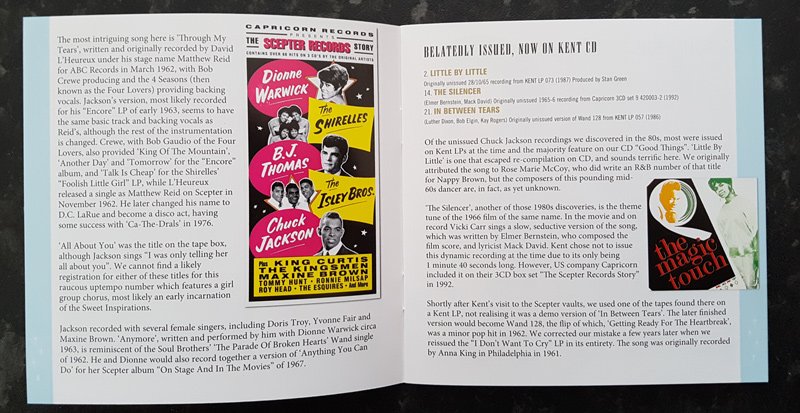