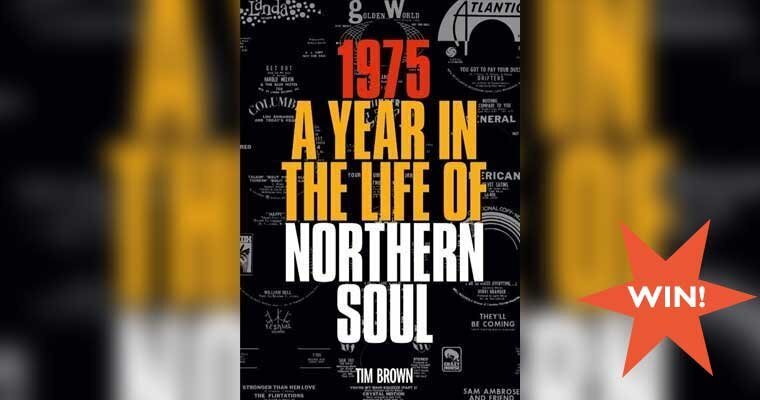 A 48 hour Soul Source fast and furious competition to get this Christmas is almost here week going...

Yep the Soul Source competition makes an overdue return. This time around we have up for grabs, thanks to those Anglo-American people, a brand new copy of the just released book '1975 - A Year In The Life Of Northern Soul' by Tim Brown

The official release blurb follows below...

The first ever detailed look at a specific year in the life of Northern Soul focuses on its most important year. It was the year when seventies soul was embraced to sit alongside traditional sixties stompers in all dancehalls and venues such as Cleethorpes Pier and The Ritz ,Manchester as all-dayers took a hold on the scene. Wigan Casino and the Blackpool Mecca remained as twin towers of the nightlife however. Television, radio and newspapers were fascinated by the ultimate underground music scene and this book analyses their interest. Tim Brown, author of "The Wigan Casino Years" details all the events and records that make 1975 Northern Soul`s most important year, many of which are recounted for the first time. A definitive account of a year in the life of Northern Soul, richly illustrated in full colour.

2. The International GTO`S recorded under two other names. What were they?

Just send your asnswer into the site via

The competition will close at 9am Tuesday Morning 14 Dec 2021