A just released vinyl lp from Kent Records featuring Little Ann, who's work should really need no intro to all you Soul Source regulars, on offer a vinyl LP of 13 Little Ann tracks (also avail for download),  the release notes and preview follow below

In the last two decades, Little Ann’s music has gone from being almost unheard to celebrated widely across the world. Initially known only as a footnote for having one side of one Ric-Tic single in 1968, the discovery and playing of her acetate of ‘What Should I Do’ at Wigan Casino in the late 70s meant her name become important to rare soul fans (when it was revealed that Little Ann was the real singer of the song erroneously attributed to Rose Valentine at the time).

Once Ace Records acquired Dave Hamilton’s Detroit studio tapes, through the auspices of researcher Richard Gilbert, more previously unheard gems came to light and eventually there were found to be nine songs recorded in 1967 and 1968 with Dave and his partner Darrell Goolsby. The dancers ‘Who Are You Trying To Fool’, ‘Sweep It Out In The Shed’ and ‘Lean Lanky Daddy’, proved to be perfect additions for the Northern Soul dance scene, while ‘I Gotta Have You’ and ‘Possession’ wowed the funk crowd, and the beauty of ‘Deep Shadows’ got through to every ...

The full release notes can be read along with purchase options can b ehad via
https://acerecords.co.uk/detroits-secret-soul 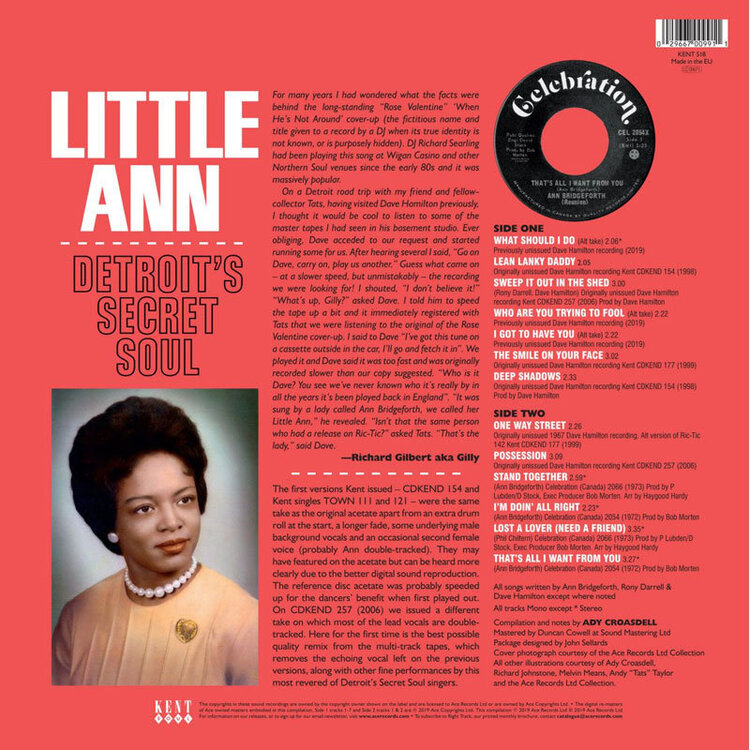 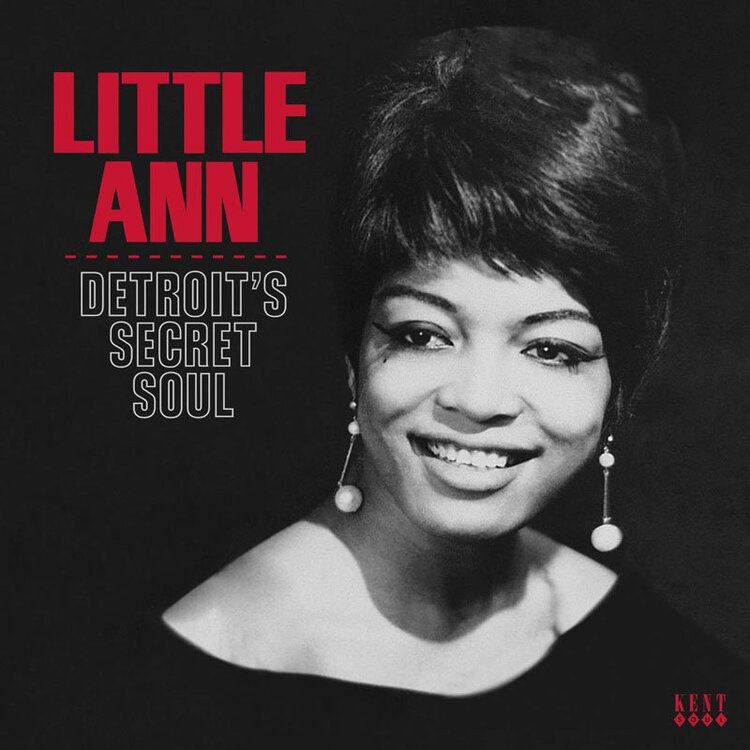 Ace New releases due out this Friday, including Little Ann and Dave Hamilton's Raw Detroit Gospel 1969-1974