Reissued for the first time their debut and rarest release, in the issue form, was produced, arranged and Co-Written by the legendary Gene Page.

These tracks have been lovingly enhanced to achieve impeccable sound quality undergoing a 24bit transfer from the original master tapes, fully remastered and cut on to lacquers by the multi-grammy nominated Carvery Studios in London. The end result is a far superior sound to the original press.

We have produced two versions of this special issue the first being an extremely limited coloured Vinyl collector’s edition and the regular black vinyl version.

Ronny Douglas a singer and Bass player had a handful of solo releases throughout the sixties into the early seventies on Everest, Epic, Smash and Excello Records before joining Bobby Lonero to create Douglas & Lonero.

Robert Joseph Lonero was born in 1943 in New Orleans and also released a handful of singles in the late fifties and early sixties before briefly joining ‘The Prime Ministers’ who had one release on RCA Victor, a single, ‘I Don’t Know No More’ in 1967.  A talented Singer, Guitarist and Band leader he spent much of his career as an ‘entertainer’ on the cabaret circuit initially in New Orleans but later on the West Coast after moving to Hollywood, California, in the late sixties. He did session work too and is said to have played with Ray Charles and even Elvis Presley amongst others!

In the early seventies he joined forces with Ronny Douglas for their handful of releases together.

In his later years he returned to New Orleans where he formed the Band New Orleans Express who were prolific on the Live Jazz circuit. He died in 2013.

Douglas & Lonero signed to Columbia for this, their debut release together in 1971 on which they used their full names but subsequently shortened it to just Douglas & Lonero on all future releases.

Together they released one Live Album on an independent Hollywood Label, Haji, and three singles. Two on Columbia and one on RCA. They are best known for their 1975 RCA release ‘Don’t Let Yourself Get Carried Away’ which includes ‘This Time’ on the issue version.

Like many major label releases around this time the promo copies focus on airplay for the ‘A Side’ with the Stereo version on one side and Mono version on the other. Only the ‘issue’ or released version contain a ‘B Side’ which in many cases have subsequently been considered of equal merit to the A Side or some cases far superior. Often the records never got a proper or full release for a variety of reasons. In some instances, ‘released’ or issue copies were scrapped as the response to the promo was poor or due to contractual issues with the Artist.  So although the Vinyl had already been manufactured it was destroyed with only a very small quantity escaping into the wild. So although the convention is that promo runs are much smaller than the released or issue versions, so considered the rarer, in these scenarios the reverse is true so much so the ‘issue’ can actually be incredibly rare. In these cases the ‘promo’ copies are actually much easier to find with a low value. The issue copies, however, can be valued at £1000+ in today’s market.

This was the situation for both this release and the later RCA single ‘Don’t Let Yourself Get Carried Away’/’This Time’. The latter has been a well-known coveted and in demand collectors 45 for decades and had a reissue several years ago. However, this single is less well-known perhaps as it is so much harder to source and so the rarer of the two. Whilst both releases are tremendous, we think this one is the strongest! We hope you agree!# 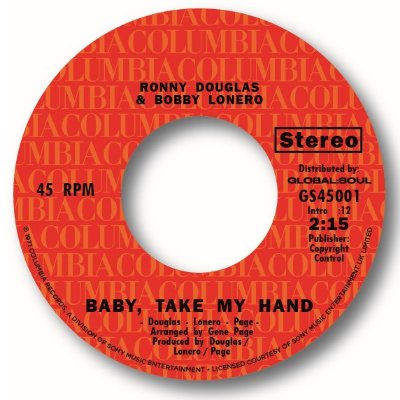