Seems that Dunn passed away this morning after a Booker T & MG's gig in Tokyo ....

we have lost another great soul musician .... 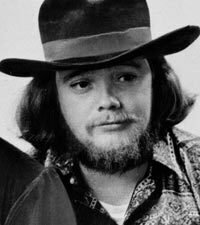 Dunn was in Tokyo for a series of shows. News of his death was posted on the Facebook site of his friend and fellow musician Steve Cropper, who was on the same tour. Cropper said Dunn died in his sleep.

"Today I lost my best friend, the world has lost the best guy and bass player to ever live," wrote Crooper.