El Count Executives - I Want To Thank You - Cannonball Records

Latest release from Italy's Cannonball Records Dedicated to the memory of Paul Thrower.

Cannonball Records caused quite a stir during the summer of 2016 with the release of the labels 4th single with the previously unreleased “What I Done Wrong” by the the little known Big Lee Dowell.  The release found favour across Europe with copies selling out very quickly and soon commanding a three figure sum. To satisfy demand a 12 inch version was released.  The track was basically a demo recording which Alberto F Zanini, the label owner and the house band better known as the Cannonballs did their magic and added a backing track to come up with the biggest record of 2016. 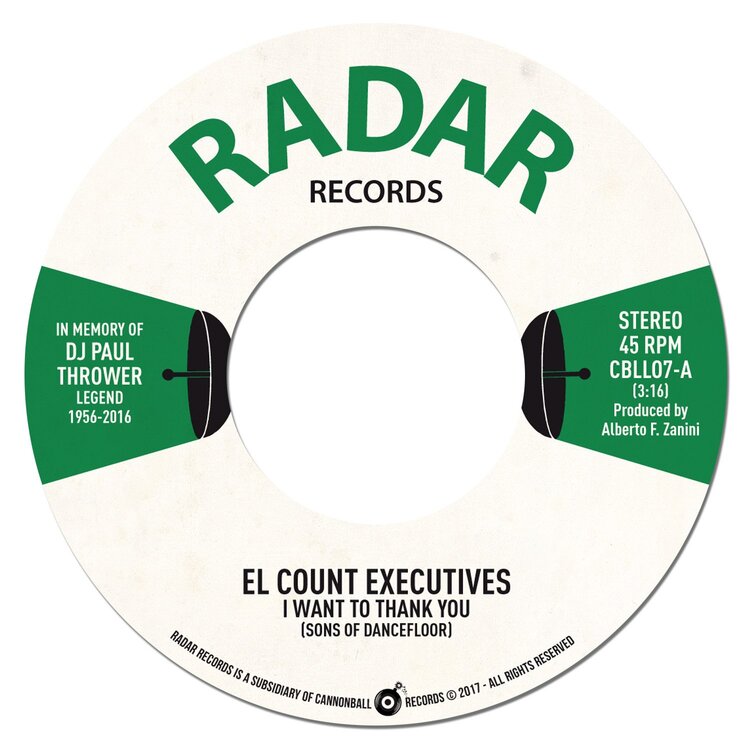 January 2017 sees the seventh release for the label and again it is another find from Alberto’s Detroit digging venture.  Again just an unfinished demo by The El Count Executives titled “I Want To Thank You” that Alberto and the Cannonballs have again done their magic and come up with another superb classy mid 70s dancer. 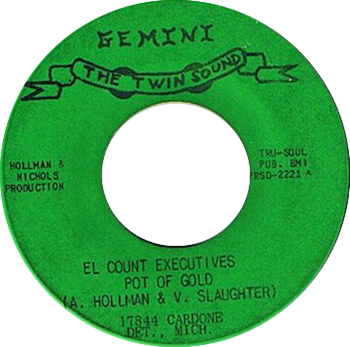 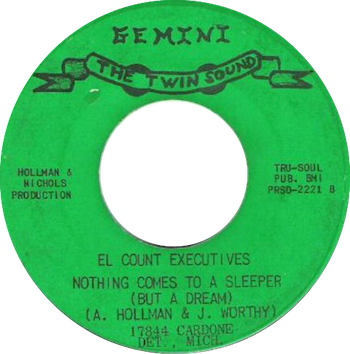 Very little is known about The El Count Executives.  They did have one release that is known about on the tiny Detroit “Gemini” label in the early to mid 70s.  The two sides being Pot Of Gold / Nothing Comes To A Sleeper (But A Dream) (GEMINI 2221).  The 45 is very scarce, when it has sold it has commanded a three figure price, over £600 the highest I can see during a quick search.  That is all I can find about the group so any other information will be greatly appreciated.

As for the Cannonball release, it was recorded circa 1976. One side is for the dancers, strings and percussion added by the Cannonballs and the tempo increased giving us a classy mid 70s dancer.  The flip is as Alberto describes a proper sound track for the lovers.  Both sides the drums are replayed and piano is added.  The 45 has received various plays on the radio across Europe by the likes of Dave Thorley and yours truly during a guest appearance and has been very well received with nothing but praise for the recording. 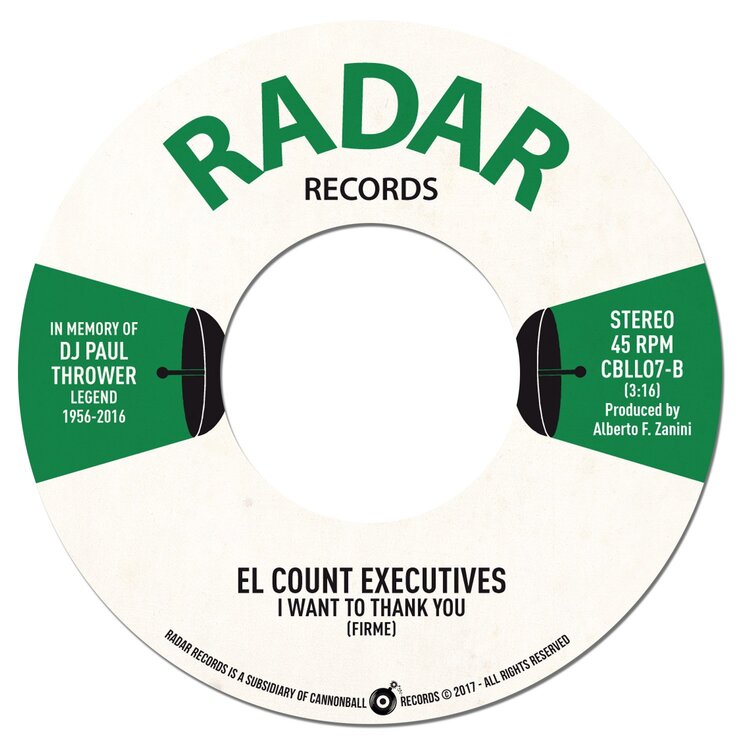 The Cannonball release is been dedicated to the memory of one of our Soul Brothers who we recently lost, Paul Thrower.  A true gent, one off the nicest, funniest and wittiest people you could wish to meet and a true Soul Music connoisseur who supported everything Alberto and Cannonball did, a truly nice touch by Cannonball.

The 45 will be released on the 9th of January 2017 on Cannonball’s sister label “RADAR”.  It has been limited to a 500 copy press.  Copies can be ordered through Paypal to cannonballsoul@gmail.com.  The cost is £20 plus £10 P&P for UK buyers.  European buyers please email cannonballsoul@gmail.com for details.  Copies are limited to three per person, it is likely to sell out pretty quick so order without delay to be sure of a copy.

In-between Big Lee Dowell and this impending release the label released "Do You Get The Message" by Robert Jones and Berdell Gaston.  Jone and Gaston are the writers of this track that was released by Grey Imprint, dance floor favourite across Europe.  This is the songwriter demo with the Cannonballs weaving their magic giving us another dance floor winner.  More great work is promised for the future and these tiny labels, even though what they do is because of their passion for the music still  need our support to continue bringing new music to the scene.  Email Alberto for more info on purchasing Jones and Gaston and other releases from Cannonball.