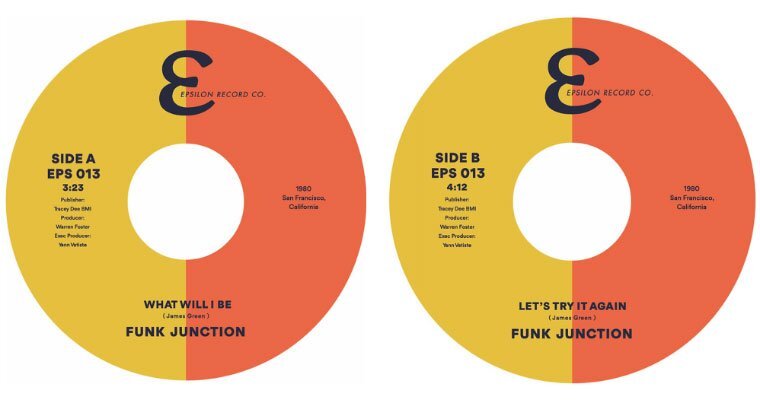 (another double sider, listen to both side)

James Greene, Fred Ross, Alan Ross, Preston Delaney sang and played on “What Will I Be”.

Back in October 2020 during the lockdown Steve Green & I were doing extensive research on an amazing and ultra obscured sweet soul 45 that was released on Fos-Glo record by a band called "JUNCTION".

After a few days of investigation, I managed to find James Green, one of the original members, who turned out to be the actual songwriter of "Let's Try It Again" in 1980. We were finally making progress!

James Green kindly redirected us to his friend

Warren Foster, the manager of "Funk Junction" the band's real name and owner of Fos-Glo Records.

I soon realised that I was talking to a big guy in the music business in the San Francisco Bay area.

Warren's knowledge is just astonishing, he knows everyone in the music world and he is still very much involved in the music business. I am hoping one day he will write a book.

After nearly a year of negotiations, I was finally able to license two songs from the "Funk Junction" straight from the original mastertapes from his vault.

The A side, "What Will I Be" is totally unissued, it's a great modern funky disco dancer perfect for today's dance floor.

The B side, "Let's Try It Again" is a the killer sweet soul was previously issued in 1980 on Fos-Glo Records.

It's seriously awesome and I have no doubt that many of you will prefer this side. (nothing wrong with a good double sider!)

I plan to visit Warren next month at his studio in Arkansas to plan more releases for Epsilon including "The Love Experience" and some other unissued and issued gems, so watch out!

Thanks for supporting Epsilon Record Co.