Herb Newman’s Era Label was well established in Los Angeles by the time the soul era came about. With over 150 singles behind him by the time our musical story starts in 1962, Herb was a record label veteran. Originally more at home with straight pop records, Herb only occasionally dabbled in black music.

Era’s biggest hit by a black singer was Jewel Akens’ ‘The Birds And The Bees’, which was pure pop but came out of a notable session by accomplished soul group the Turn Arounds. Two great sides by the group feature here, along with the full story behind that hit. But Akens could sing soul as well as pop; a great late 60s stomper, ‘Your Good Lovin’’, written and produced by Eddie Daniels, debuts on this CD. We also found a little-known New Breed R&B gem from one of Jewel’s more obscure groups, the Composers.Herb Newman already had a future soul star on his roster in the young Brenda Holloway who recorded as half of the Soul-Mates earlier in 1963. A track by the Lovemates, another boy/girl duo featuring Brenda, is also included, along with her 1964 solo outing for Catch.

Another future soul chart-maker was Jimmy Lewis who had just one Era release, arranged by Northern Soul hero James Carmichael. Jesse Davis’ ‘Gonna Hang On In There Girl’ was a rare soulful departure for the nightclub singer but the Sherlie Matthews composition sounds awesome when blasted out of the speakers at Northern gatherings. Wigan (and elsewhere) favourites are provided by Othello Robertson’s ‘So In Luv’ and Billy Watkins’ ‘The Ice-Man’ and there are alternate versions of ‘A Slice Of The Pie’ and ‘Meet Me At Midnight’, each arguably better than the Jewel Akens and Cindy Lynn originals.

Further unissued manna comes from the H.B. Barnum-arranged ‘Dance With Me’ by Billy Watkins and excellent alternate readings of ‘ Stand There Mountain ’ and ‘The Blue Shadow’ by ex-vocal group singer Vince Howard; Herb Newman had previously cut the songs on pop acts. There are Popcorn classics from the very colourful Bruce Cloud (check out the sleevenotes on him) and the glamorous and equally newsworthy Carol Connors. Both sides of Steve Flanagan’s Stafford monster ‘I’ve Arrived’ sound great alongside Melvin Boyd’s killer version of ‘Exit Loneliness, Enter Love’, produced by Miles Grayson. We throw light on Steve Flanagan’s identity but are still scouring the internet for Melvin Boyd.

Although Era started out a million miles away from black music, by the late 60s it had embraced it and utilised some of its most accomplished talents. 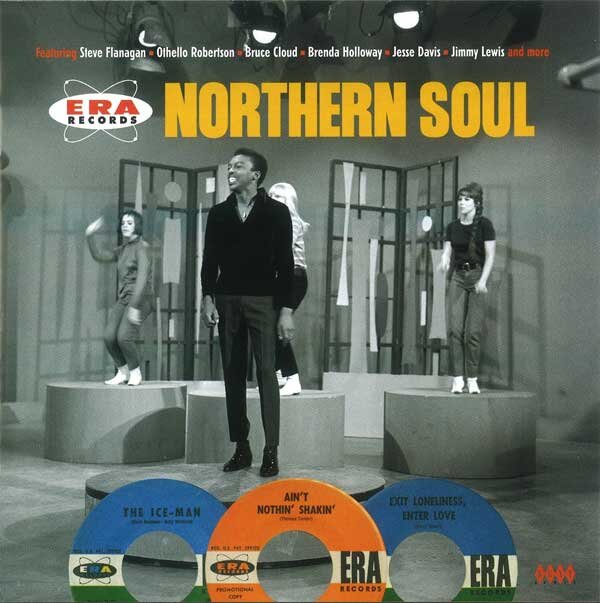