... "A pretty fantastic selection of rare disco tracks from the American underground – all of them infused with a spiritual message, but served up with grooves that go head to head with some of the best underground club of the time! The mix of positive energy and upbeat grooves is wonderful – and if you've ever heard the Clark Sisters club classic "You Brought The Sunshine", then you'll definitely know the spirit of these tunes! If you're worried about the message being one that you're not into, don't – because there's sort of a universal spirit going on here – one that gets past conventions of the church, and which really goes for a general uplifting message that's totally great – almost a precursor to some of the positive house in more recent decades. And speaking of house, there's less of that here than you'd expect – as most of the instrumentation and production are strongly in the best New York underground modes from the disco years – with less of any 80s or electro soul elements."

Divine Disco Vol. 2 digs deeper into the privately pressed, independently distributed gospel music with that dancefloor touch. Shining the light on these amazing artists for the first time!

Available from all good retail outlets both physical and online NOW!

And you can check out a promo mix for the compilation right here;

Thanks for your support! 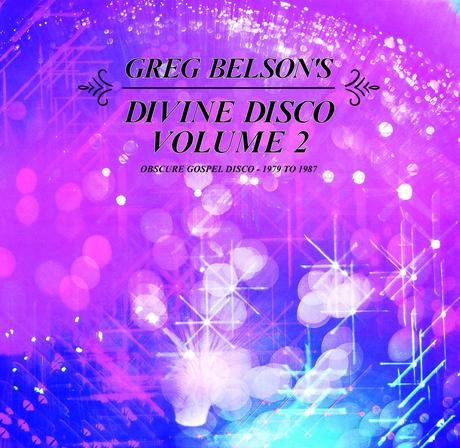