Working Title - The Apostle of Rock & Roll. The Last Testament of Guy Stevens.

Start Productions are currently in production on a Guy Stevens documentary feature film.

Extensive interviews and archive research are currently underway, with a view to covering Guys incredible impact on the music he loved and obsessed over, as well a look into his complex persona. All interviews will be with first-hand interviewees - so people who either personally or professionally knew/worked with Guy, or attended events Guy was involved in.

From his early days DJ-ing on Monday nights at The Scene and the musical impact & influence he had during his years there, to the incredible catalogue of music released whilst running Sue Records (UK). Working with Chris Blackwell as chief A&R man and helping Island Records become one of the stand out labels of the late 60’s/early 70’s. Helping form Mott The Hoople, right through to producing London Calling with The Clash. It’s an incredible catalogue of work, by a man utterly obsessed with music.

Working Title is: The Apostle of Rock & Roll. The Last Testament of Guy Stevens.

Completion date for the film is Summer 2022

Previous Start Prod. films include Love Story (feature length doc on Arthur Lee and the band, Love) – which premiered at the London & Los Angeles Film Festivals, as well as a cinema run both in the UK/US.  Ballad of Mott of The Hoople (feature length documentary film) – which premiered at the London & New York Film Festival, as well as a UK/US cinema run and BBC screenings.

We would love to speak to anyone who was a regular at The Scene during Guy’s time there.

We’d also love to see any & all relevant, personal archive material (photos, footage, clippings etc) from The Scene too. We will of course pay to license anything used in the final film. 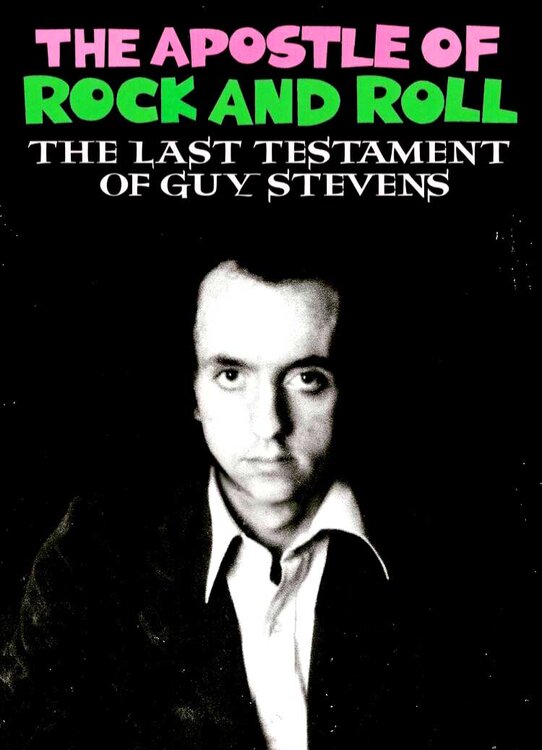