2009 does seem to be getting off to a good start fresh 45 wise! This first month see's the launch of the Hit and Run label from the Soulscape family, full details below...

Our new label HIT AND RUN RECORDS is launched in January 2009 with the release of singles by Mary Gresham and Doris Allen. The new label has been formed to release limited-edition vinyl singles of tracks from our Soulscape catalogue. All singles are pressed in the USA and are only available by direct order from us.We originally used the Hit and Run label to release deep soul singles in the UK in the late 1970s. After three releases, the label name was changed to Special Agent. 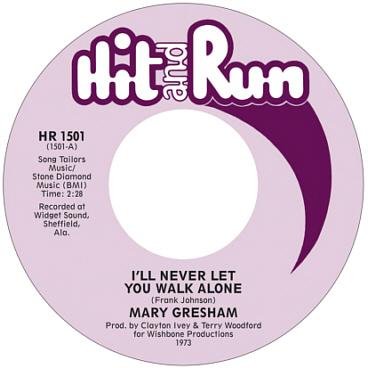 You've Never Really Lived (Till You Loved Someone)

These two vintage tracks were recorded in Muscle Shoals in the 1970s but were unissued until March 2008 when they were featured on our acclaimed Mary Gresham album Voice From The Shadows (Soulscape SSCD 7008). Both tracks became instantly popular with 'modern soul' fans and DJs and are released on 7" format due to public demand. 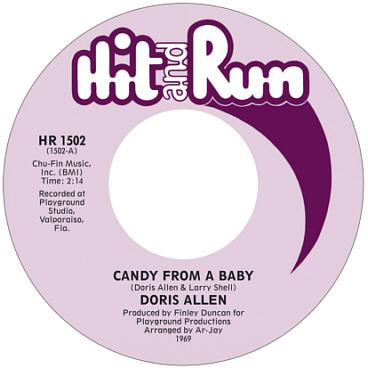 Candy From A Baby

Lets Walk Down The Street Together

Underrated soul singer Doris Allen passed away just before her Soulscape album A Shell Of A Woman (SSCD 7012) was released in August 2008. These two tracks have already been picked up on by club and radio DJs focused on 'northern soul' and 'crossover'.