For Sale:  Impulse   “I Really Love You/Get The Funk Off My Back”   Kandi

Two new previously unissued tracks from the same sessions that brought you the previous release “You Changed Me” and “What’s That Sound” in 2018.

Firstly “I Really Love You"  is an excellent modern soul dancer already being championed by Dj’s in the know, while “Get The Funk Off My Back” is a more funk influenced outing that would be at home in either a funk or modern soul set. 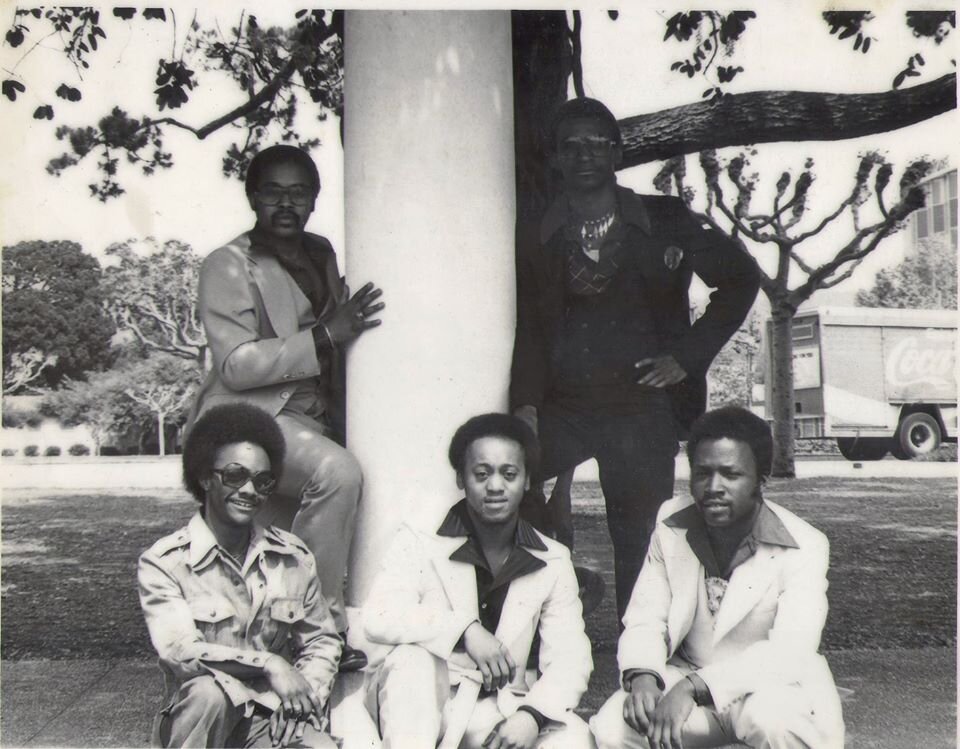 Impulse were (and are still in the main) a group of Milwaukee, Wisconsin musicians who during the 1970’s worked as the backing and touring band for another Milwaukee group The Quadraphonics , who during 1974, recorded a solitary 45 single  “Betcha If You Check It Out/Prove My Love To You”  for the Carl Davis/E. Rodney Jones owned Innovation II Record label. The Quadraphonics 45 would also land a subsequent national distribution on the major Warner Brothers label. The original members of Impulse were Michael Reese (Rhodes Piano and background vocals), Cedrick Rupert (Lead and Rhythm guitar), Jeffrey Williamson (Drums and background vocals) and Robin Gregory (Bass and background vocals).The band would later be joined by John Gee as their lead singer and fellow songwriter. John Gee had begun performing secular music in the late 60’s with another Milwaukee oufit, The Chefs, as their original lead singer from 1967 through to his departure in 1972. His replacement was Michael Moncrete who featured as the group’s lead on their desirable 1974 funk outing “Mr Machine” released on their own Pro-Gress Label. John Gee’s solo artist credits can be found on the 1980 release “Not Enough Love Makin’/You Are That Man (Why Don’t You Be That Man” on the Oakland C.A Pashlo label (Although recorded in Milwaukee). Followed by the 1985 modern soul dance floor favourite “So Good To Me/Just Get On” recorded under the artist name of Jon Pierre Gee on his own Kandi Inc, record label, as a 45/12” single and cd album project. Later projects included the 1995 Jon Pierre Gee & Touch album (featuring legendary rock drummer Anysley Dunbar (renowned for his work wth John Mayall, Frank Zappa, Whitesnake and Journey). Jon returned again in 2005, with the Ah’vant Soul cd album project,which featuring some of the former members of Impulse and Jon’s business and personal partner, Kat Webb. Jon also at one point sang with original drummer Billy “Stixs” Nicks version of the Jr. Walker’s All- Star Band.

Returning to 1976 the musicians of Impulse migrated to Oakland California where they hooked up with a fellow Brewtown producer and recording artist, one Harvey Scales. Scales himself in 1976, through his earlier local hit “Glamour Girl” (recorded for the local Sauk City, Cuca Label) and a string of recordings for Lenny Lacour’s Magic Touch label. Of which “Get Down” had bought him both National and International attention after being picked up Atlantic Records was at the height of his powers. Further enhance by the success of Johnnie Taylors Columbia Records platinum hit “Disco Lady” a song Scales co-wrote. 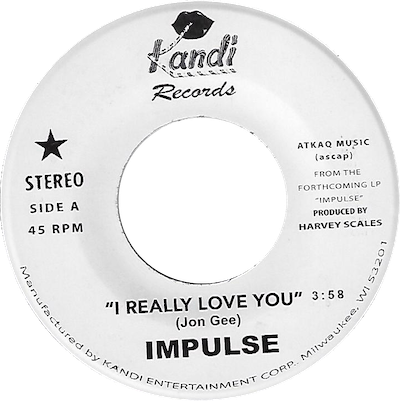 Under the auspice of Scales, Impulse recorded the self titled debut album project at Wally Heider’s Studio in San Francisco. The album was initially a proposed release for the Casablanca label which never materialised, a further offer from Jerry “The Ice Man” Butler to release the album on his newly formed Chicago label, Fountain Records also failed to materialise, leaving the album unreleased, It is from the surviving master tapes of these sessions that the above two tracks “I Really Love You/Get The Funk Off My Back” have been taken for the release of Impulse’s second 45 outing. 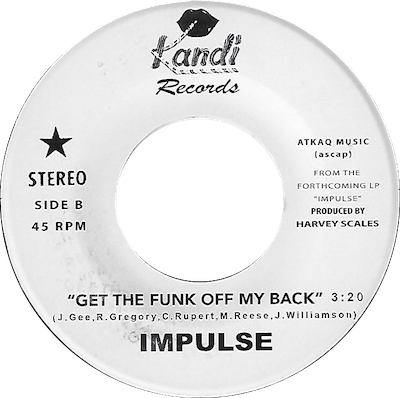 Throughout all the above mentioned projects Jon has used and enjoyed performing with the original members of Impulse, as both musicians and co songwriters. They still from time to time perform together today (2020). With the exception of drummer Jeffrey Williamson who passed away during 2015, his replacement being Coley Jackson. Lead and Rhythm guitarist Cedrick Rupert who in the very late 70’s left the group to follow his heart and married a girl from Lake Charles, Louisiana, his home with the exception of a brief period of residing in Florida, until his recent passing in 2020. His replacements in Impulse included Joe Chatman and later Rudy Jacobs the original lead guitarist with Harvey Scales & The 7 Sounds.

With Acknowledgements to Jon Pierre Gee.