Two previously unreleased tracks finally get a release and become a hit with DJs, dancers and collectors

Two previously unissued tracks released as a vanity project in the fall of 2018. “You Changed Me” is an excellent modern soul dancer already being championed by Dj’s in the know, while “What’s That Sound” is a more funk influenced outing. Copies available at £12.00 each plus £3.00 postage (1strecorded, UK) overseas at cost. (Sorry only one copy per person). To reserve PM or E-mail: david.welding@blueyonder.co.uk

Impulse were (and still are) a group of Milwaukee, Wisconsin musicians who during 1976 migrated to Oakland California where they hooked up with a fellow  Brewtown producer and recording artist, one Harvey Scales. Scales himself in 1976, through his earlier local hit “Glamour Girl” (recorded for the local Sauk City, Cuca Label) and a string of recordings for Lenny Lacour’s Magic Touch label. Of which “Get Down” had bought him both National and International attention through it being picked up Atlantic Records was at the height of his powers, following the success of Johnny Taylors Columbia Records platinum hit “Disco Lady” a  song Scales co-wrote. 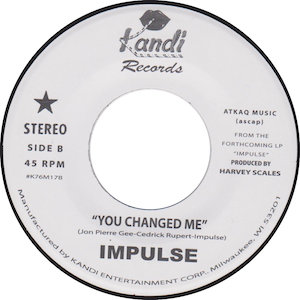 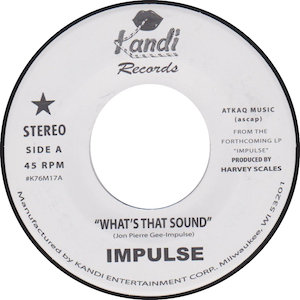 Under the auspice of Scales, Impulse began recording a self titled debut album project for a proposed release on the Casablanca label. This release for whatever reason never materialised and it is from the surviving master tapes that the above two tracks have been taken.  The Casablanca setback although disappointing would not be the end of The Impulse story, the groups lead singer /songwriter John Gee had begun performing secular music in the late 60’s with another local Milwaukee outfit , The Chef’s  and had sung lead on their  1974 Funk outing “Mr Machine” on their own  Pro-Gress label. John credited as a solo artist recorded (in Milwaukee) the 1980 release “Not Enough Love Makin’/You Are That Man (Why Don’t You Be That Man)” which gained a release on the Oakland C.A Pashlo label. Followed by the 1985 modern soul dance favourite “So Good To Me/Just Get On” recorded under the artist name of Jon Pierre Gee for his own Kandi Inc label, as 45, 12” and cd project, returning in 2005 with the Ah’vant Soul concept cd album project.

With Acknowledgements to Jon Pierre Gee.

If you wish to purchase a copy then be quick they are selling fast and email: david.welding@blueyonder.co.uk 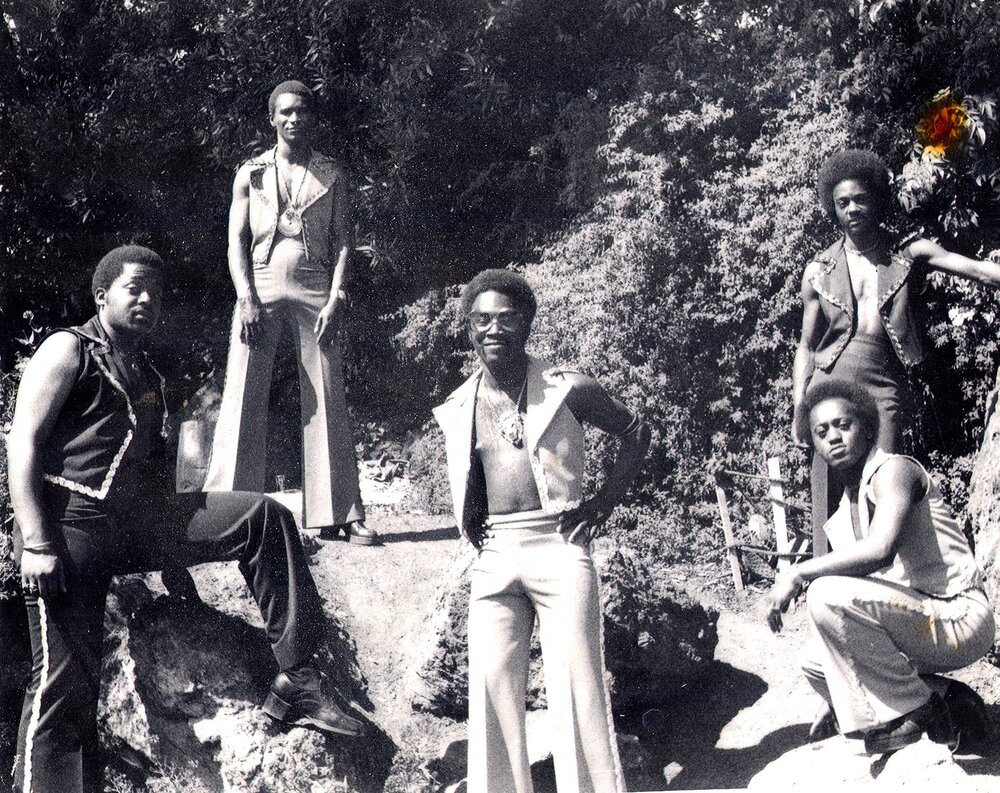