Keeping The Faith a book by photographer John Barrett

Northern Soul is a religion, a total consuming lifestyle

Northern Soul is like the point where Ying and Yang meet...it's a sensation, and the place to express this feeling is on the dance floor....

"Keeping The Faith" a book by photographer John Barrett

A new book out now. 223 pages full of black and white images taken on todays Northern Soul scene, at venues all around the country, John Barret's stunning photos capture  the people and the whole aspect and feel of the Northern Soul Scene perfectly . Featuring a foreword by Dave Godin (printed below) this book is the result of two years work by John Barrett as is detailed in his introduction.

Available now at £14.99 plus £2.00 postage within the UK this could be said to be the ideal christmas gift for the soul fan.

Available only online at the New Century Soulshop

Below photos and quotes excerpted from "Keeping The Faith" a book by photographer John Barrett.
Copyright © 2004 Reprinted by permission. All rights reserved

Excerpts from the Introduction 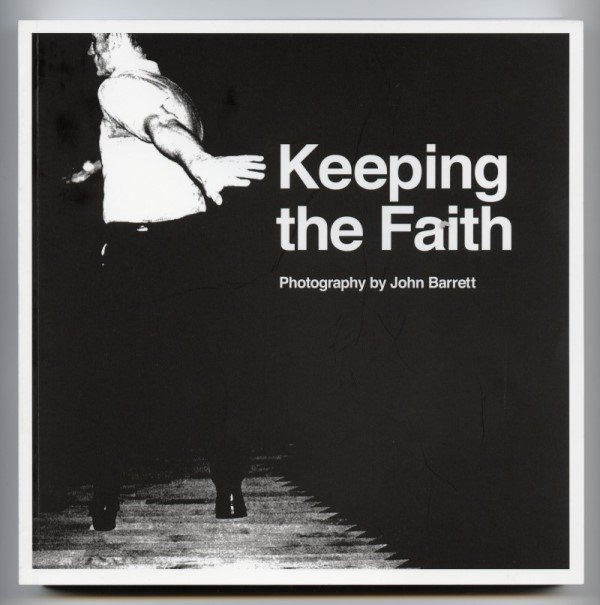 This photographic project grew out of a conversation with friends at the Twisted Wheel reunion all nighter in Manchester during the summer of 2001 when we tried to recollect what had happened during the 1960s&70s soul scene. It became abundantly clear that I had either lost or misplaced any documentation about this time. Only scant evidence and information existed In the form of battered and torn membership cards, posters and faded photographs. Apparently, no detailed photographic record had been compiled as few people had a camera or were Interested In spending their precious (dancing) time recording what was happening around them on the soul scene'. It was as If an Important element of the working-class youth cultural explosion of that time had vanished from view. Moreover, it was no coincidence that this was part of the attitude of the soul community, preferring obscurity to mainstream in order to keep the scene 'underground' indefinitely. 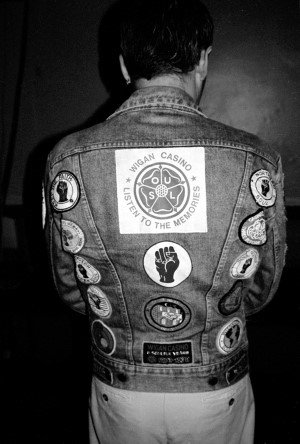 On leaving the Twisted Wheel Club, by coincidence we met Dave Godin and persuaded him to pose for a photograph In front of the original building. As I photographed Dave and other original soulies in front of this now legendary site I realised that although I could only have memories of the original soul scene, what I could do was compile photographs of the scene as it is now for posterity. The current soul scene was just as exciting and the re-emergence of soul venues needed to be recognized.

Initially my main objective was to record a year In the life of the British soul scene, but due to my full-time commitments at work and home I began to realise I might need to spend two years on the project. I decided to start the project on December 27th 2001 at the Ritz all-nlghter in Manchester. My main objective would be to visit as many soul venues as possible in order to provide an overview of the soul scene in the UK.


During these two years, Ive have met some amazing people. I have rekindled old friendships, been introduced to new friends and contacts. My photographs reveal that soul folk have an impeccable taste In music and sometImes a bizarre and eclectic dress code. They have an astonishingly detailed knowledge of soul music and an obsessive loyalty to the authenticity and pedigree of the music. It is difficult to define their clothes and fashion sense as it ranges from sharp, clean mohair suits (for mods) to extra wide Wigan baggies'. The choice partly depends on the particular strain of the music they favour. Age and social background appears to be Irrelevant and a strange etiquette exists as the appreciation of the music overrides differences of opinions. At a large soul weekender, such as Cleethorpes in June, you will find people from all over the world. The audience for the Velvelettes at their Cleethorpes concert consisted of visitors from Japan, Sweden, Germany, Spain, USA and so on. The full cross-section of society exists at a big soul event You have old, young, able, disabled, children white, black, asian... mods, suede heads, skin heads, northern soulers, rastas. modern soulers... tattooed builders, factory workers, lorry drivers, housewives students, teachers, doctors, lawyers, ex-prisoners...

Some of the 'soulies' have been going to soul venues, non-stop since the 1960s whilst others are young and completely new to the scene. Perhaps its the atmosphere which attracts both young and old. When you enter a venue, particularly at the large events such as the King Georges Hall in Stoke. the atmosphere is electric. With the quasi religious fever in the air you notice many dancers have intense, trance like expressions. Soul appears to be a religion and devotees express their beliefs out on the dance floor In an Infinite variety of ways. Music is the focal point of their faith.
I hope 'Keeping the Faith' makes a small contribution to showing how in 2004 thIs uniquely British Soul Scene continues to flourish. 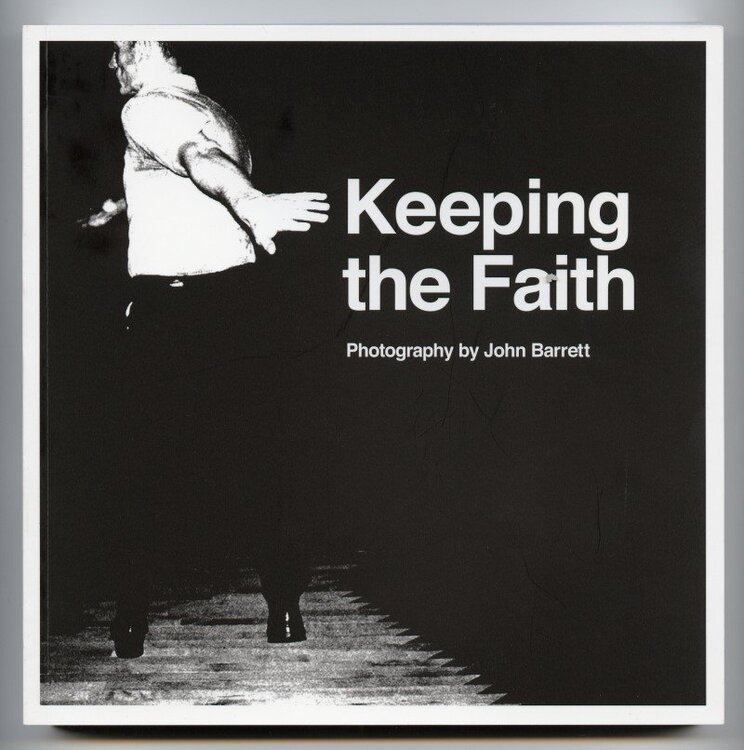