This box set is the 'follow up' release to the best selling critically and publicly acclaimed  2006 release “Take Me To The River: A Southern Soul Story” Box set ( details here ) and is now out and about

A 3 disc box set, this release follows on the first release, again with 75 tracks which include objects of desire such as rarities, unreleased and well known gems but this time around the scope is more expanded than its predecessor.

Delivered as a 3 disc box set complete with a 64 page booklet with over 17,000 words ensuring every track gets covered

As always others can tell the story better, here's Soul Source member Dean Rudlands words from the Ace records website...

....Take Me To The River” was only ever “A” southern soul story, and that many others could be told from a variety of perspectives. Here we tell three of them.

Disc One brings another view on the recordings of Muscle Shoals and Memphis. This time we focus more on artists who weren’t native to those areas: Solomon Burke recording at American, Mary Wells at Fame or Betty LaVette at Sounds Of Memphis. These studios were being used to revitalise waning careers or kickstart those that had yet to get going. The disc also features recordings by artists primarily associated with Muscle Shoals and Memphis – check the previously unreleased take of Otis’ ‘Free Me’ – and overall gives further evidence of the musical vibrancy of those two great recording centres.

Disc Two covers the wider region of the south. Taking in Miami, Texas, New Orleans and several other stops, it reveals how the regional music of the time was connected but at the same time distinct and allows us to find out what Jerry Wexler did when he fell out with the studios in Memphis and Muscle Shoals. The disc also shines a spotlight on the small scene in Mobile, Alabama and the super-rare Steve Dixon 45 that emerged from there.

Disc Three focuses on the influence southern soul had in the northern cities – a story not just of displaced southerners creating the sound of their homes states, but of the music industry’s tendency to follow big-selling trends wherever they come from. It’s possible to trace a timeline through this story that shows you when Otis and then Al Green were topping the charts. It also shows Aretha at her finest refusing to travel south and instead having the area’s best musicians flown in for her New York session.

More words and images on the release via 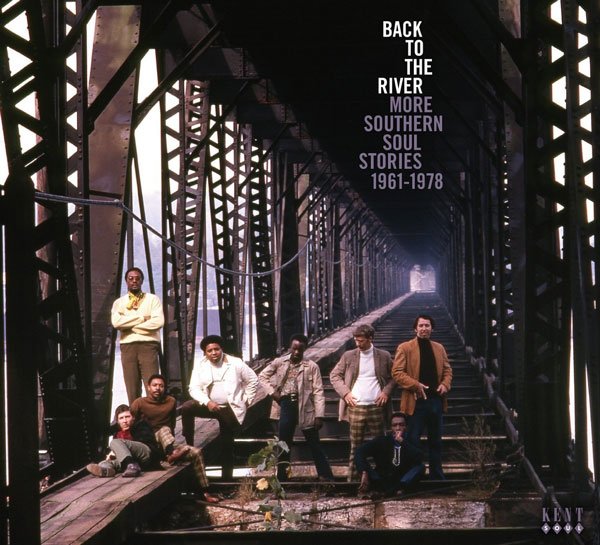