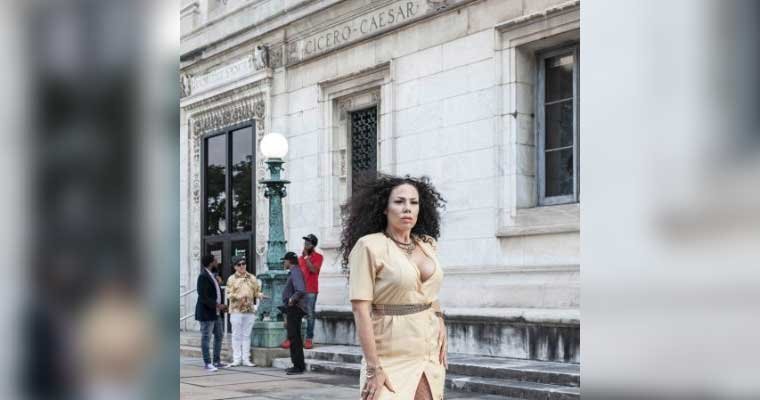 LRK Records have their first-ever full length LP (LRKLP-01) by Laura Rain and The Caesars up for pre-order.

Laura Rain and The Caesars have returned with their fifth full album:

Rain is able to convey an inspiring vocal as the song evolves, with her soprano lifting through the melody, encouraging the listener that "it's gonna be okay.....we will rise again." - SoulTracks

Thet title track Rise Again is an organ-led, old school Detroit flavoured. Busy and bustling, it’s bound to add momentum to Laura’s upward career trajectory and once again it underlines Ms. Rain’s soul credibility as it builds to a powerful climax.  We look forward to the album which, we’re told, is named for this single! - SoulFunkandJazz

The haunting piano refrain meets the gospel tinged voices and Hammond organ effortlessly, giving Rain the space to deliver her inspirational message of hope, equality, healing and triumph. I think this could be the best single to date! - Soulstrutter

The last year and a half was quite a flurry of activity for husband and wife songwriting team George Friend and singer Laura Rain. Their smashing Motor City soul band Laura Rain and the Caesars released a non-stop carousel of new singles, signed a UK record deal, collaborated on a successful sample collection, took home three Detroit Music Awards, and recorded their fifth full length album "Rise Again" to be released sometime in 2022.

The pair navigated the pandemic working from home non-stop; writing, recording, and collaborating with other artists. Landing a vinyl deal in the UK, and a placement with producer Jermaine Dupri's artist LaTheGoat on "You Wouldn't Believe Me", proved the songwriters they were getting somewhere.

"The pandemic has been tough on everyone" says Rain. "We used our time wisely to connect with others, and keep our music flowing. We write and record a lot of music at home, but reaching out and collaborating really helped keep us focused. Without being able to perform live, it felt good to be creating with others while stuck at home".

Following up a series of singles released in 2020, "Rise Again" is the culmination of the songwriters' recent inspiration. Channeling the spirit of vintage soul, Laura Rain delivers her music with a fearless sense of emotion and range, offering up a signature blend of contemporary soul and vintage R&B. From the Detroit flavored northern soul opener "I Am" to the synth driven retro dance music of "I'm Yours," Rain uses the power of her own voice to deliver the group's unique vision.

Producer and songwriter George Friend says "Since our very first album, we have always tried to stay true to ourselves and remain authentic. We mix a lot of music in interesting ways. We write and perform blues, dance music, soul...there's a lot of variation in styles, but we tend not to worry too much about the categories imposed on the music". Laura adds "We don't imitate, we originate. When performing, we really want to keep the audience engaged and excited. It's tougher to do that in the studio, but we've written our music with the live show in mind".

Vocalist Rain is known for her melismatic, and gut-wrenching delivery live. From the heartfelt, romantic grooves of "Take My Hand" and "Bring it on Back", to the hard-driving rock/soul strut of "Diamond in the Rough", Rain sings with authentic passion, and uses her voice to effortlessly guide the melodies and dynamics. Both "I Can Fly" and "Runnin' in Circles" demonstrate her acrobatic vocal finesse, while gliding over a funky backbeat from the Caesars. The music is diverse, and the group demonstrates a versatility few can ignore.

The title track "Rise Again" is a focal point for the production, resulting from a collaboration with Seattle based beatmaker/producer UNKWN. "We were fortunate to meet, and write a bunch of material together" says Friend of their album "Garnet", a sample collection which was released early 2021. The song was composed around a sample from the release, and arranged with the addition of the full band in the recording. Rain sings a personal message of triumph and hope, climaxing with an inspirational note of unity and equality. "The world is clearly out of sorts with itself" says Rain, "the song embodies an idea of what I wish us to feel as humans, and to know we're not alone...

We're all here together to comfort and take care of each other, and to lift each other up". 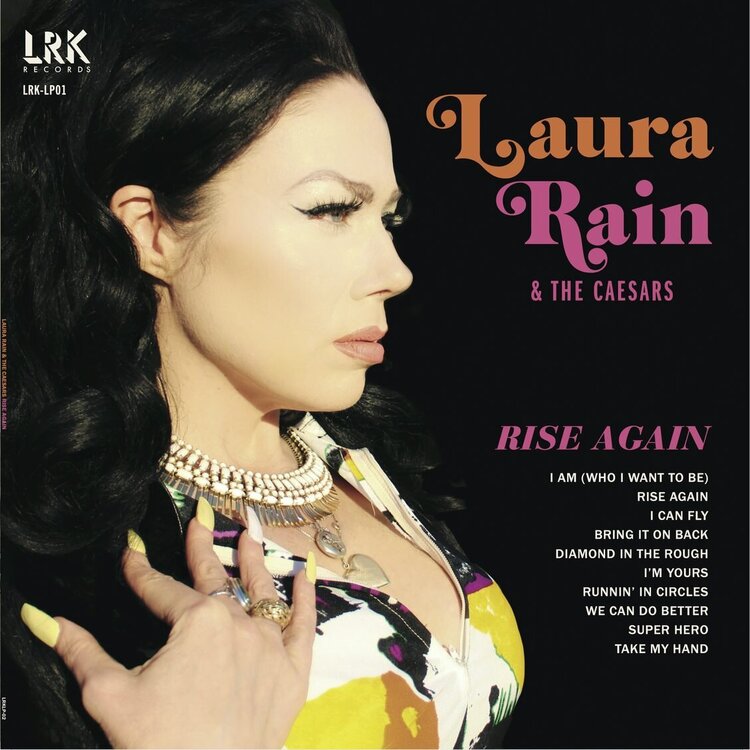 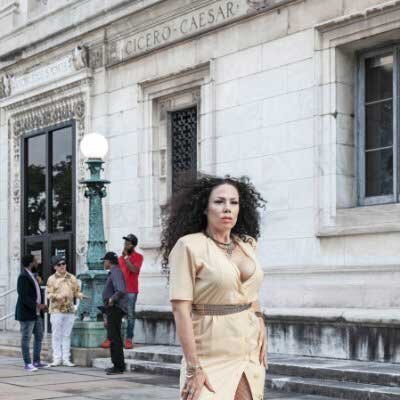