Lorraine Silver A Catch Up and New 45 News 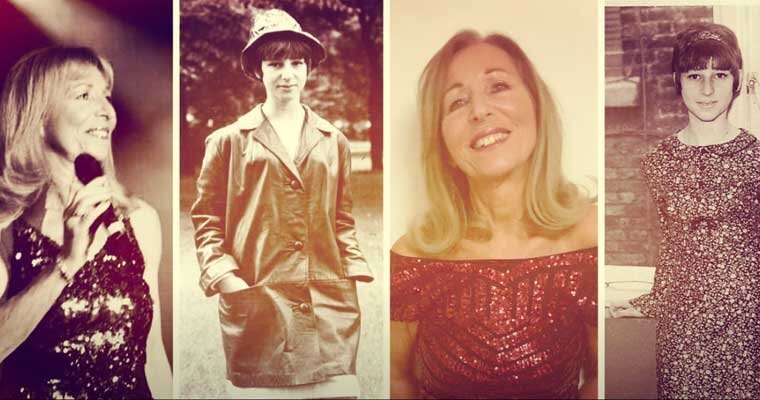 A letter from Lorraine Silver was featured in an early days article on here via Pete Smith (link at bottom), fast forward 24 years and here's what shes up to today in 2021

Had the below press release sent in to us...

Northern Soul legend Lorraine Silver recorded Lost Summer Love when she was just 13 years old in August 1965. Whilst not a chart hit on its release, the track did become a massive anthem at the iconic Wigan Casino and was reissued on the Casino Classics label in the late 70s selling in excess of 30,000 copies. However, Lorraine knew nothing of her heroic Northern Soul status until the late 80s.

23 years after the original recording, Lorraine’s husband, agent Barry Collings, was reading Blues & Soul magazine which featured a top ten selection of favourite Northern Soul tracks that included Lost Summer Love. Lorraine called the editor and was flabbergasted to discover it really was her song. Following this, her story was told in a whole selection of Northern Soul publications. She contacted the original record company PYE and was told that the track had sold some 34,000 copies worldwide and she could claim her royalties!

At around the same time Barry was involved in promoting Northern Soul weekends across the country and Lorraine was able to meet all the DJs who had been playing her record for years. She was persuaded to get up and do a couple of PA’s of Lost Summer Love much to the delight of the audience who were queueing for autographs.

Since then, Lorraine’s resurrected career has gone from strength to strength, with airplay on BBC Radio 2, performances at Northern Soul events, and an appearance at the Edwin Starr Memorial Concert alongside the likes of Clem Curtis, Geno Washington, and Jaki Graham. In 2011 she was asked to join the line-up of a new touring show ‘The Mod All Star Band’ with artists she herself had idolised in the 60s including Steve Ellis and Chris Farlowe.

Now, at the age of 70, Lorraine continues to perform, record, and release new material in a career that now spans an incredible 57 years. Her brand-new single Fever Raging Out Of Control was produced by legendary Northern Soul DJ Ian Levine who has also produced pop hits for Take That including ‘A Million Love Songs’ and ‘Could It Be Magic’. The final mix of the track was done by Nigel Lowis who has also worked with Burt Bacharach, Andrew Lloyd Webber, Stevie Wonder, Luther Vandross, Mariah Carey and Celine Dion to name just a few.

And…that original recording of Lost Summer Love, has now become quite the collector’s item, with a recent copy selling on eBay for some £700.00!