Cordial Recordings has just announced their first Lp release, Its a collection of previously unreleased recordings by the group Mark iv from the mid-1970s. Details, background and an audio preview follow below...

Mark IV ‘Signs Of A Dying Love’ was recorded during the 1970s post their debut album on Mercury Records under the guidance of Donald Shaw & Otis Brown Jr. These songs were considered to be long forgotten about until Cordial Recordings forged a partnership with Donald & Otis to release these songs on Vinyl & CD.

A1 – I Got Everything

A5 – How I Feel For You (Instrumental)

B2 – Another Day Another Dollar

B6 – Give Me Just A Little (Instrumental)


The first album on Cordial Recordings is a collection of previously unreleased songs by Mark IV that were recorded between 1974-78. This is my version of how the album was pulled together.

I originally contacted Walter Moreland from the group through his Reverb Nation page and he responded telling me that it would be best to speak with Roy Hammond because he owned the rights to their back catalogue. I spoke with Roy and he informed me that he didn’t know the two songs that I’d mentioned ‘If You Can’t Tell Me Something Good’ and ‘Signs Of A Dying Love.’ Roy’s association with Mark IV ended after Mercury Records didn’t take up the option of a second album. I don’t like to give in so I then tried to find the Otis Brown who had released ‘Signs Of A Dying Love’ on his own OTB label in 1977. I tracked down an Otis Brown from New Jersey on Facebook and sent him a message of enquiry. I didn’t get a reply until around six months later out of nowhere a message came from Otis informing me that he was the same person and would be interested in having a chat about his involvement with Mark IV.


The advent of Skype and Facetime is a great thing when speaking with artists or rights owners across in the States. Otis and I instantly bonded when we first chatted and he informed me that he had a series of unreleased songs by the group from those years. The first chat was in August 2016 and Otis told me that he would have the tapes baked for transfer to digital files. These things generally take a long time to materialise in my experience. The new year had just commenced when Otis contacted me and said that he was sending four songs over to me via email. These were ‘I Got Everything,’ ‘Give Me Just A Little’ and there were two versions of ‘How I Feel For You.’  I eagerly downloaded the four songs and played them over the Love Vinyl shop system. They sounded like really rough demo’s with no top and very little bottom. I liked the songs, but wasn’t too sure whether they could be released in that format or not. It was only four days when later when I realised that the files had got corrupted and tried once again to download them separately. This time all the download’s worked successfully and I had could hear the songs in full.  Otis then said that the next set of songs would be ready in a couple of weeks’ time.


Now I had these songs in place I had the conviction that they would make an interesting album. I chose ‘Hang Ups’ and ‘Give Me Just A Little’ as the first 7” release on the label. We sold all 500 copies of the pressing. I decided that ‘Signs Of A Dying Love’ would make a great second single with the two previously unreleased versions on either side. After this was released I set about designing an album sleeve with Stoo Elvin. We didn’t have any images of the group because the only ones that were available included Lucky Antomattei, who was not involved in these recordings and for that reason I decided that we couldn’t use any image that included him on the sleeve. I knew that the 7” of ‘If You Can’t tell Me Something Good’ by the group is rated by Soul Sam as his favourite song of all time and for that reason I asked Sam to write some sleeve notes. He kindly agreed to write this and this is his opening paragraph which appears on the back of the finished sleeve.


“Roual Galloway of Cordial Recordings asked me to write the sleeve notes for this album – a labour of love for me as the group recorded my all-time favourite single, the 1982 Brite Lite masterpiece ‘If You Can’t Tell Me Something Good’ (LHL2001), which surprisingly appears on the ‘B’ side of their particularly emotive ballad ‘Take This Love!’ As well as it being the perfect production and such a wonderful tune[RG1] , I was entranced by the so soulful tones of the lead singer, Jimmy Ponder. While familiar with their early 70’s Mercury material, I was also more than impressed by their 1977 single ‘Signs of A Dying Love’, originally released on O.T.B. Records. Both were played contemporaneously at venues such as Cleethorpes Winter Gardens, Highwayman’s Halt, Snaith, Rotherham, Bradford and Rock City, and Nottingham in the early 1980’s. I remember it took me 2 years to prize the Brite Lite release out of Cleethorpes’ DJ Poke in 1984 and have not stopped playing it since then.” - Soul Sam


I also decided to print on a heavier board than normal (350gsm) and went for a white-white board whilst printing on the reverse side, mainly because I prefer the finish and because there were no pictures on the front cover. I’ve worked with most music industry printers over the past twenty and chose to print with Senol because I’ve always been happy with their work. I pressed with MPO because better the devil you know and I worked for them for five years at the turn of the century. I’m really happy with the finished product and hopefully others will be too.


On a side note all the songs have been licensed with the rights owners Otis Brown & Donald Shaw. I have since the project started tried to contact all of the members and Walter is the only one that has responded. Both Otis and myself have agreed to set aside some financials for the singers that contributed to the album because we both feel that is the right thing to do.

You can read an interview with Otis on Mark IV via http://5767.co.uk/mark-iv/ 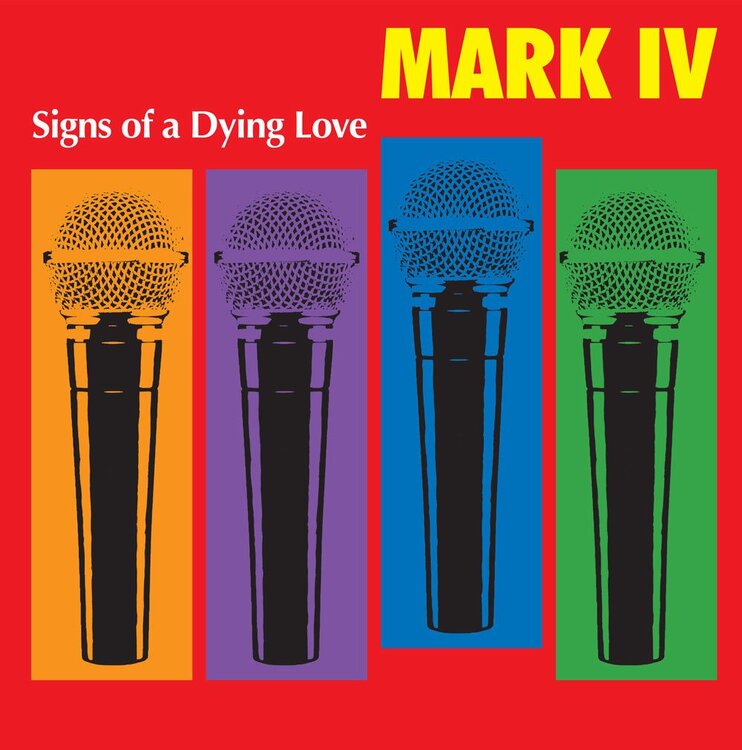