2020 marks the 60th anniversary of Tamla Motown, arguably the greatest recording label in the history of African American soul music. Detroit Motor City 1960 and with racial tensions simmering and with only eight thousand dollars, Berry Gordy, a man with an unshakeable determination and vision moved into a modest building that was to become HITSVILLA USA from where he and his close inner circle gave the world the unique Motown sound.

A few clips from the author...

... 2020 celebrates the 60th anniversary of arguably the most successful American recording label that changed the sound and face of black American soul music forever leaving me begging the question “where have all the years gone?"...

...but how wrong they were as Smokey Robinson clearly dispelled the myth in an early quote.  “When we were first successful with it, people were coming from Germany, France, Italy, Alabama, New York, California. From everywhere just to record in Detroit. They figured it was in the air that if they came to Detroit and recorded, they´d get the Motown sound. The Motown sound to me is not an audible sound. It´s spiritual, it comes from the people that make it happen. What people didn´t realise is that we just had one studio there but we recorded in Chicago, Nashville, New York, almost every big city and we still got the Motown sound”.

...with the mass of singles flooding the UK, Motown also produced a fantastic series of LP´s called Motown Chartbusters releasing twelve LP´s between 1967 and 1982. All twelve made the top UK charts making them the most successful selling series of LP´s until the mid - 1980´s. For around three pounds you got an LP with brilliant artwork covers featuring around fifteen tracks recorded by the very best Motown artists. Stevie Wonder – the Supremes – the Four Tops – the Temptations – Edwin Starr – Jimmy Ruffin – Junior Walker – the Contours – Martha Reeves and the Vandellas – Gladys Knight – Marvin Gaye and Tammi Terrell – Smokey Robinson and the Miracles – Marv Johnson - the Isley Brothers – R Dean Taylor – Kim Weston – Brenda Holloway – Barbara McNair - Chuck Jackson – the Marvelettes – Earl Van Dyke – Thelma Houston providing the best quality for money LP´s ever produced...

Available for pre-order right now, priced at £15.99 via 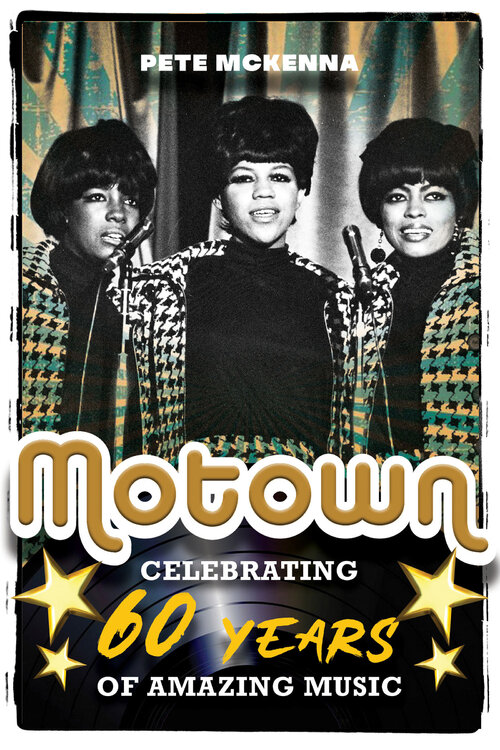