Details of an upcoming release from Shotgun Records have just landed...

EDDIE HOLMAN:  Hold Me In Your Arms / I'm Not Gonna Give Up

SOUL STAR Eddie Holman is world famous for his million-selling ballad 'Hey There Lonely Girl' which was a No. 2 American pop hit in 1970 and a UK hit in October 197 4, reaching No. 4 and spending three months on the pop charts.
Eddie still has a loyal following and there is strong interest in his early Philadelphia material. 'Hold Me In Your Arms' was recorded in the mid 1960s but remained unissued until eighteen years ago. Demand has since grown and interest is so strong that the release date of this second issue has been brought forward to 18 June. The ballad flip side, 'I'm Not Gonna Give Up', was a minor hit in 1968 and is considered to be one of Eddie's finest tracks.
Shotgun Records was established in 2007 to provide Selecta/ Selrec with an outlet for back-catalogue product. The label was most recently successful with a vintage single by Philadelphia soul star Teddy Pendergrass and the catalogue includes 7" singles by artists such as Eddie Floyd, Sam Dees, Rhetta Hughes, Sandra Wright and Don Varner. 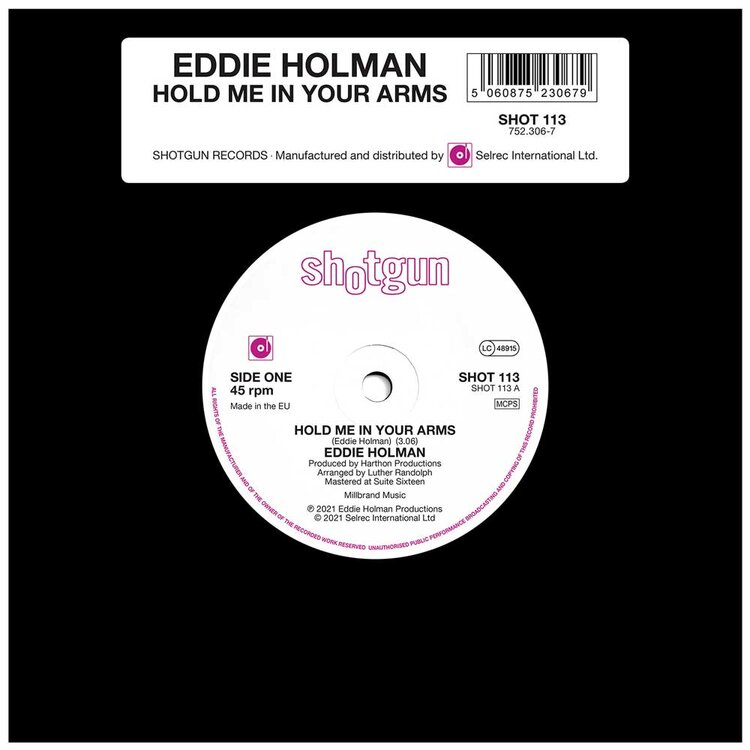