first release from this new label

UP COMING FIRST RELEASE FROM THIS EXCITING NEW LABEL

North Broad St Records NBS001BL Is a stunning double side of pure delight, there to tease the best of us with a modern crossover dance floor winner one side, and a delightful mid tempo sweet killer on the other that totally blows you away, from sessions where Issac Perry went back in to studio in Cleveland to record these gems he wrote in the early 60ts. One decade later he re-recorded 4 wonderful records in one session in the early 70ts which all at North Broad St are totally honoured to bring out on vinyl in its own picture sleeve.

Isaac ike Perry first started out as the Five Lyrics a do wop vocal group in the mid 50’s, recording their first record on the Berkeley CA label Music City.  They then went on to record on Isaac’s own label MAMA out of Cleveland Ohio where the band all resided from.  Ike Perry and The Lyrics playing the circuit well into their 70’s recording on various other labels from New York City and Dallas Texas while on the road, finally doing their last recording in the mid-sixties. 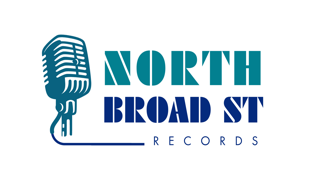