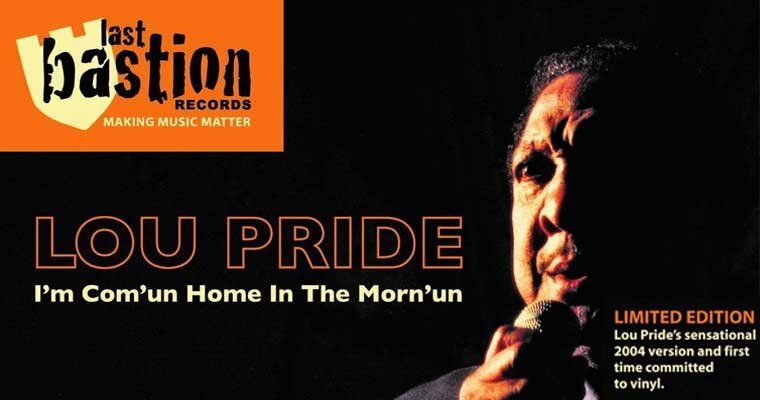 Over last year or so you long time member @Andybellwood has been working on a new label, looking like it's all coming together as we have just had details of the first release for 2022!

Here's the blurb, flyer and can check out the video below...

How this release came about, was that musically, on fire and inspired by words and advice from his friend Curtis Mayfield, veteran Chicago soul/blues vocalist Lou and a backing band, visited David Earl's Severn Record studios, Maryland USA In 2004. There he recorded a treasure trove of soul for the 'Keep on Believing' (Severn Records) cd release, plus remarkably a complete remake of his 1972 Northern Soul classic 45 "I'm com'un home in the morn'un" which was originally released on El Paso (Texas) label, Suemi and now commands in excess of £7k.

In addition to the full length 2004 recording which forms the flip side, the A side (also produced by David Earl) is a new Dj /radio station edit destined to be a dance floor and Northern Soul favourite.

Pre-Orders being accepted now for this MUST HAVE 45.

First up on our label is Lou Pride’s sensational 2004 unreleased recording of ‘I’m Com’un Home In The Morn’un” This is not a reissue of the 1970’s Suemi 45.

“It's been my pleasure and privilege to have had the opportunity to release this limited edition 45 and in doing so, launch Last Bastion Records. Hopefully it's also a fitting tribute to George Louis Pride” Andy Bellwood (Last Bastion Records) 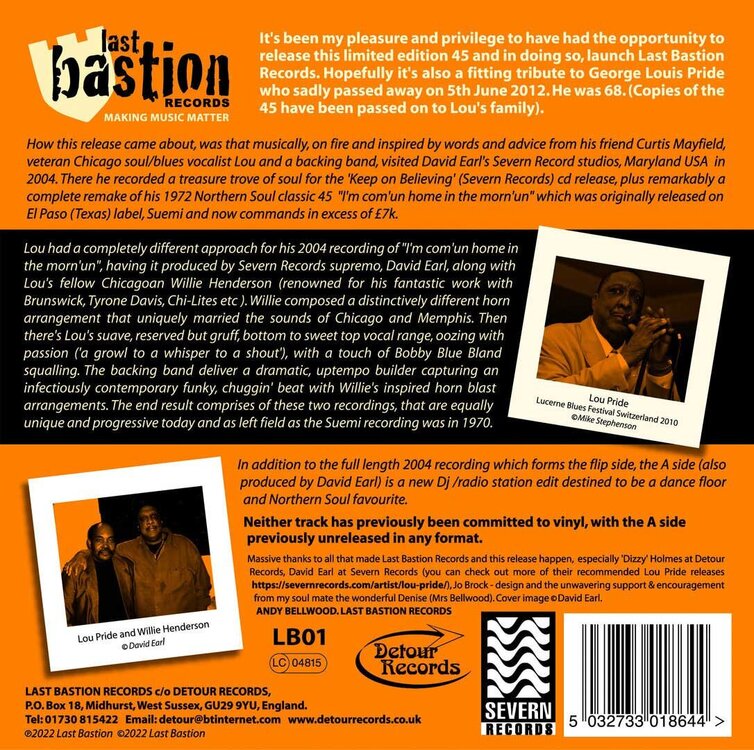 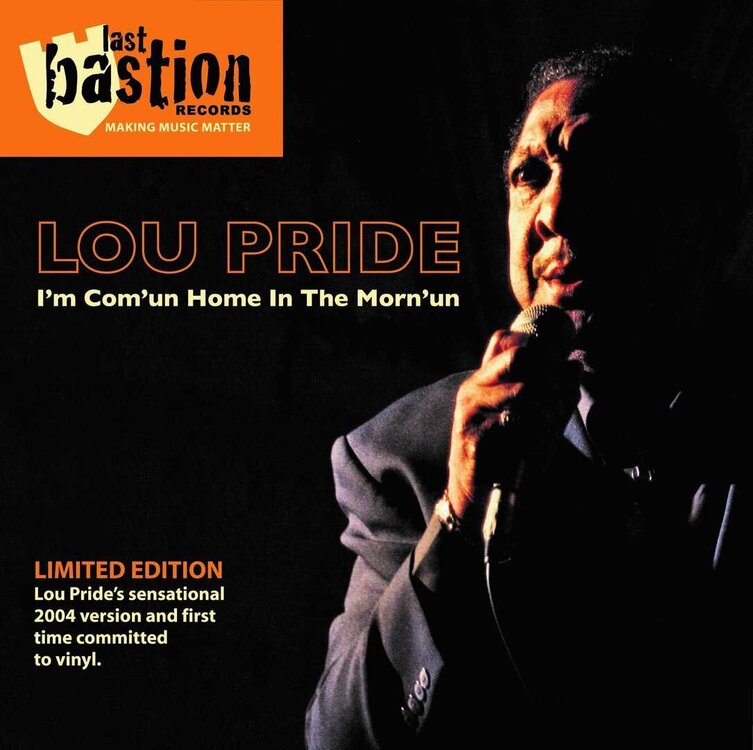