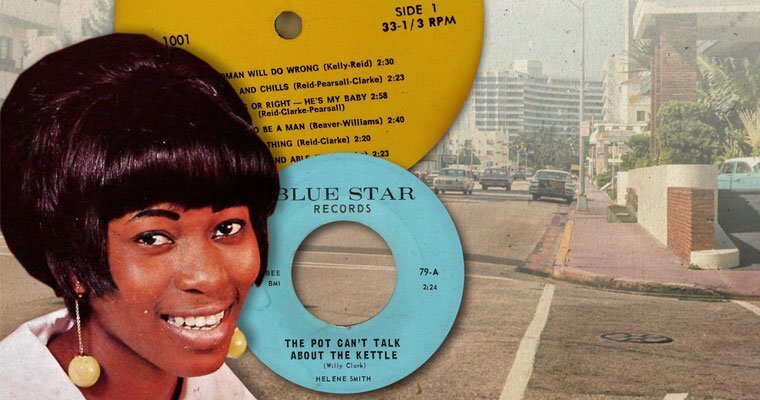 Soul Direction has a new addition to their 'Origins' imprint, due out on the 9th May 2022, details and audio below

The two tracks in question were believed to be her first recording on the Blue Star label around 1964. Written by Willie Clarke and arranged by Arnold Albury, this 45 was Issued with a quantity of only 300 copies and has remained extremely rare. Soul Direction Records believe this Re Release will give it the exposure and popularity it truly deserves. #

My story with this 45 started in the eighties after picking up a copy in the USA, albeit a pretty beaten up copy and was covered up in the true Northern soul style of the day but played very little due to it’s condition. I managed to purchase a better copy in the nineties and at that time still remained very obscure and certainly much unheard. Since then it has gained some exposure due to the “Eccentric Soul” series from The Numero Group covering all the Deep City and related catalogues. Helene Smith was not only the first artist to record for Clarke-Pearsall Productions, Miami’s first independent black production company, she was also the only artist on Miami’s Deep City label to record a full[1]length LP entitled “Sing’s Sweet Soul” which again commands a high price due to it’s rarity.

Helene met Johnny Pearsall, who was looking to become a teacher and was friends with Willie Clarke from school days. He had financed a record for a local Tallahassee group with a loan from his mother and eventually teamed with Clarke, and Albury with what would become Deep City Records. Helene and Johnny were married when she was 23, after most of her Phil-LA of Soul recordings were released.

They continued to live in Miami and had one daughter, who became a lawyer. Johnny Pearsall also owned a record store in Miami and continued to work with music until his untimely death. Helene Smith carried on his mission working with children and herself became a teacher in the Miami school district, teaching first graders. Helene is currently still performing and recording when she can. She was and still remains a superlative artist and her recordings for all the above labels are still as good as anything played on or around the soul scene. 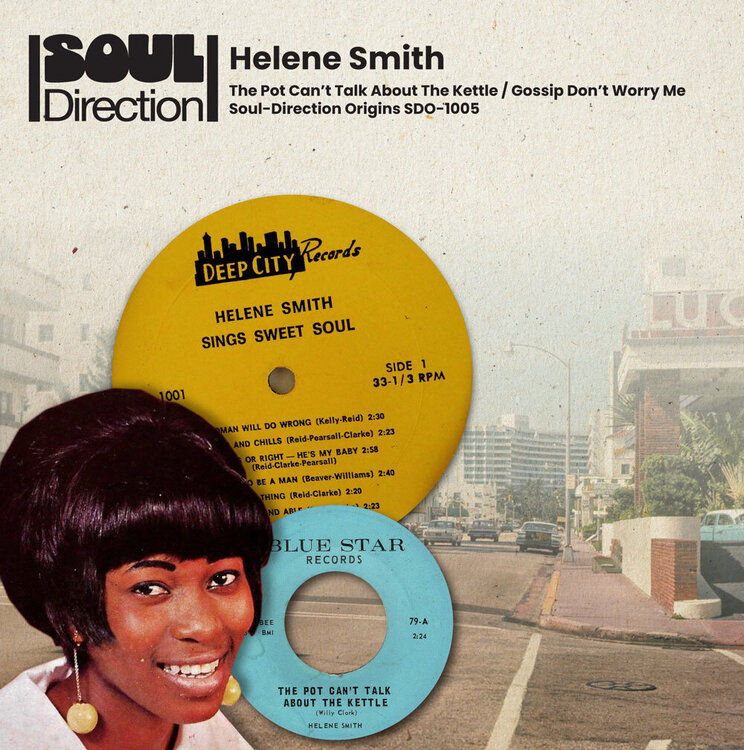 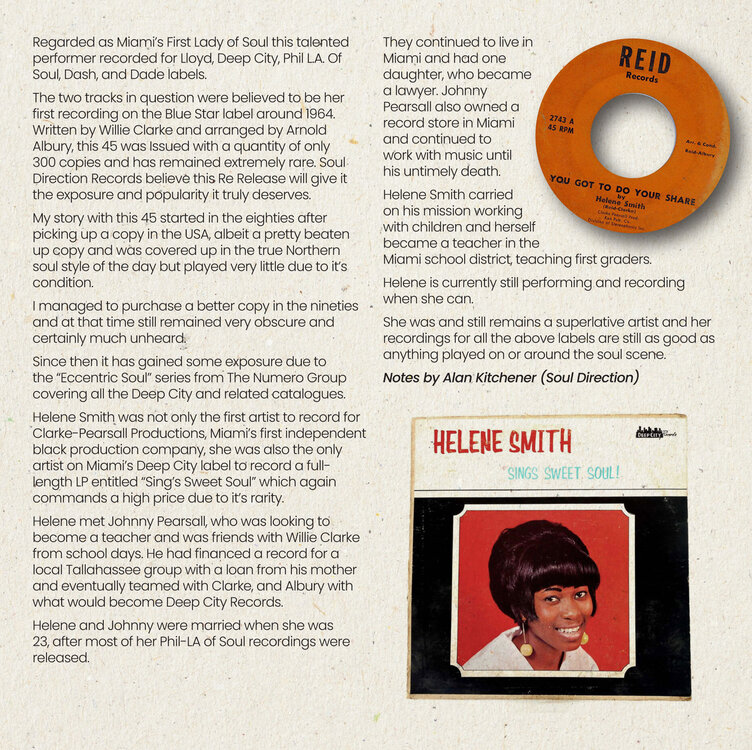 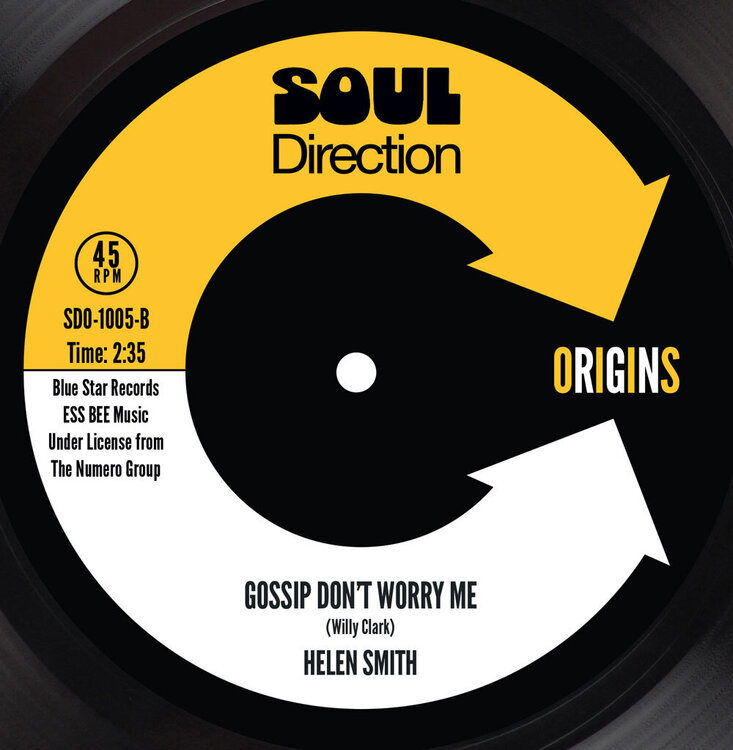 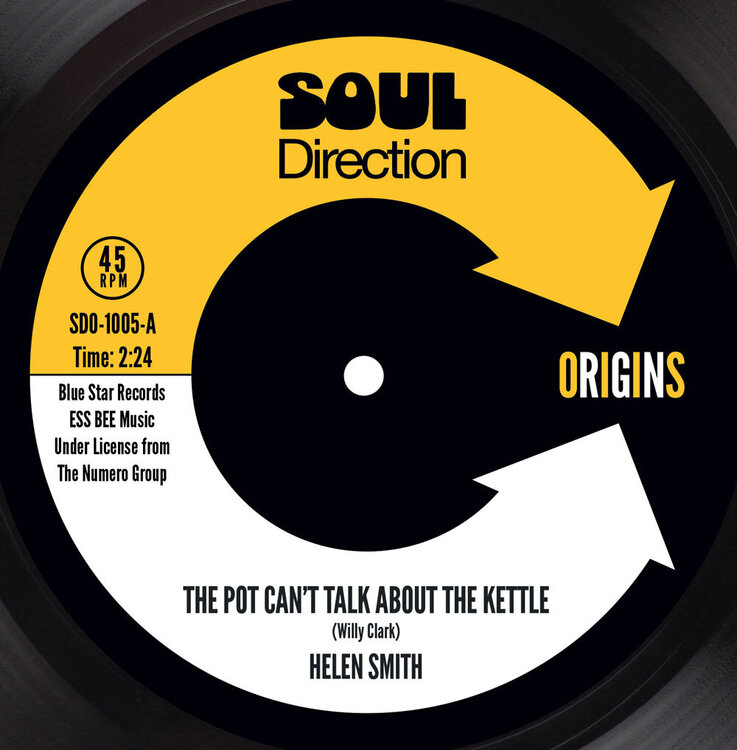