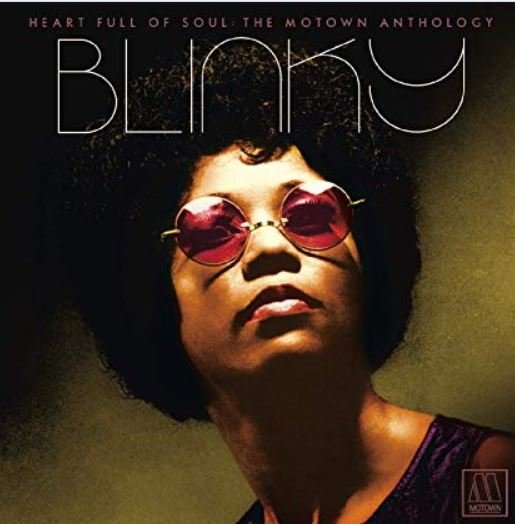 added by site from Amazon USA

1. I Wouldn't Change the Man He Is

3. How You Gonna Keep It

6. How Long Has That Evening Train Been Gone

12. Your Love Is Worth Waiting For

14. The Hunter Gets Captured by the Game

16. T'Ain't Nobody's Bizness If I Do (Lady Sings The Blues Version)

18. For Your Precious Love (Single Version)

21. You Get A Tangle In Your Lifeline

8. It's Been a Long Time Happenin'

11. A Little Bit of Heaven (On A Little Patch Of Earth)

17. You Keep Telling Me Lies

20. Don't Let Me Be Lonely Tonight

21. You're My Morning Light

22. People Make the World Go Round

The story of Sondra "Blinky" Williams has long been shrouded in mystery. The soulful singer came to Motown Records in 1967 following stints at Vee-Jay and Atlantic, bringing her passionate and powerful deep soul sound to Hitsville, USA. Despite recording dozens of tracks between 1968 and 1973, only a small handful saw release: a mere four 45s plus an album of duets with Edwin Starr, two live cuts, and a couple of one-off recordings, including a key moment on the best-selling soundtrack of Lady Sings the Blues.

Over the years, Blinky tracks would emerge on compilation releases, prompting fans worldwide to clamor for more and even launch a "Free Blinky from the Vaults" campaign. Now, Blinky is free at last and her full story can be told.

Heart Full of Soul The Motown Anthology is the ultimate collection dedicated to Motown's great lost superstar. Over two CDs and almost 50 songs, Blinky's Motown journey is chronicled with songs written and produced for her by the label's greatest talents including Nickolas Ashford and Valerie Simpson, Clay McMurray, Frank Wilson, Hal Davis, Gil Askey, Deke Richards, Jerry Marcellino and Mel Larson, Don Hunter, and Stevie Wonder. The first disc presents her 1970 album Sunny and Warm in complete form for the very first time along with all of her released singles plus rarities and live tracks.

The second disc premieres over 20 never-before-heard recordings, both in original Motown stereo mixes and brand-new mixes by Kevin Reeves, that showcase the depth and breadth of Blinky's remarkable voice. Released with the full cooperation of the artist, Heart Full of Soul: The Motown Anthology has been produced and annotated by the team of Joe Marchese and Andrew Skurow (Bobby Darin's Go Ahead and Back Up: The Lost Motown Masters, The Supremes' The Ultimate Merry Christmas), and mastered by Kevin Reeves (The Supremes' Expanded Editions) from the original tapes.

The deluxe booklet (housed inside a 6-panel digipak) features rare photographs and extensive liner notes drawing on a new interview with Blinky. Gospel, jazz, R&B, and the classic Motown Sound all come together with the distinctive voice of Motown's greatest "lost" artist, Blinky. Heart Full of Soul has to be heard to be believed.