“Lost Without You - The Best Of Kent Ballads 2”

If you’re a Deep Soul or Soul Ballad fan I really must bring to your attention the latest ‘Kent Ballads’ compilation which is to be released at the end of October.

This CD series tends to cover the whole of the soul music era and most genres, but those on the blue or mellow side in particular.

Having had the great pleasure of being able to absorb the tracks in this fine collection over many months, and in some instances, several years, I can only say that, for lovers of the deeper shades of Soul, this latest in the series is absolutely essential and very much up there with the finest compilations you’re ever likely to hear.

This volume has a particularly impressive 20-year span, ranging from New Orleans-recorded Turquinettes’ 1962 track to the early 80s quiet-storm groove of Jimmy Scott.

From the list below you will see that 14 of the tracks have previously made it to vinyl and will already nuzzle in the collections of many ardent deep soul fans.

However the 10 tracks which were never released at the time will more than justify the purchase.

A quick review of just a few of those on offer should put you in the picture.

1. The opening track ‘Stay Away’ is a hitherto unreleased number which I’ve previously played out here and there as being performed by ‘Carlson Oliver’ - who on further investigation turns out to be one of the co-writers, but not the vocalist.

This was the name on the Tape Box and until the artists were correctly identified served a very useful purpose.

Blake Helliwell may well recall me passing this to him to play in the lounge at Soul Essence a couple of years ago.

It is actually a Kent / Modern recording by The Turn Arounds with Terry Evans on lead. Comparisons with the Knight Brothers ‘Temptation ‘Bout To Get Me’ are inevitable.

An absolute Killer that just has to be heard… and owned.

Crossover fans will go ape over the Whitfield influenced original (pre-Glades) recording of the song ‘Don’t Waste My Time’.

For those of us who fell in love with his hit record ‘Right Here Is Where You Belong’ back in ’73, there’s plenty on this unreleased set of completed masters, including the lovely ‘I Don’t Need Nobody’ which is a chip right off the ‘Right Here’ block!

As a taster for the complete album to come, it’s included here and is an absolute beauty!

3. The third unreleased track to feature is the title of the compilation from Detroit heroine Lorraine Chandler in ‘Lost Without You’.

This is a Pied Piper recording, laid down at the same session as ‘Oh, How I Need Your love’ and Northern Soul favourite ‘I Can’t Change’ and had remained in the can since December 1966.

It’s a Teddy Randazzo composition and lacks none of the lyrical drama we’ve come to expect from his work, with a superbly sophisticated arrangement from Jack Ashford and Joe Hunter.

4. Julius Wright ‘Lonely Girl’ is a formerly unissued Brent recording from 1965. This is an organ filled deep soul, southern style, number that goes right back to church.

5. The Exotics ‘Nobody But You’ is an unreleased Excello recording. A southern ‘brassy’ group sound that the Low Rider crowd will absolutely love and the rest of us will also admire. And the good news is, there’s still more ‘in the can’ to come from this great group!

6. Must admit, when this next cut arrived in the mailbox I was completely blown away. A previously unissued Dore recording from Little Johnny Hamilton on ‘Apartment Number Nine’.

No other way to describe this other than a killer deep ‘wrist slasher’. It’s a definitive deepie in the mould of Don Covay on ‘Leave Him’ or ‘I Was Checking Out’ but with even more tears, shrieks and misery. Completely breath-taking.

7. Another that got me from the get-go is a stunner from Nashvilles own Peggy Gaines, on a previously unissued recording from Bob Holmes. I’ve been playing this one over and over for months and the more I hear it, the better it gets.

Just wait until Dave Halsall and Kev Briscoe hear this! Mid-tempo loveliness that’s as good as anything I’ve ever heard by her, and she made some absolute gems. Buy it now!

8. Lastly is a track that some may be familiar with via a later recording. Jimmy Scott ‘Sure Thing’ is actually an earlier inception of his 80’s ‘Back-Bone’ 45 ‘Take A Chance On My Love’ and it’s even better than the side that came out. A wonderful recording and absolutely remarkable that it remained hidden for so long.

There’s far more on offer here than these few ‘previously unissued’ highlights and I’m sure that Soul Lovers will also find great pleasure in the sublime offerings from the likes of Ty Karim, Alice Clark and Dori Grayson.

I’ve thoroughly enjoyed playing these tracks, over the past few years and in recent times, in various shady haunts and where mid-tempo, deep and ballad soul are applauded.

I do know that this project was a real labour of love and meticulous devotion for, Ace compiler, Ady Croasdell as he sought to create and assemble an album full of tracks that even the most die-hard Deep Soul fan would love and cherish. Mission accomplished Captain. This is a compilation that every fan can file among those other Deep Soul treasures, without any fears.

Head to Amazon or Ace right now and place that advanced order.

You won’t be disappointed.

Stay Away - The Turn Arounds

I Don't Need Nobody - Jerry Washington

I Love You More - Lee Williams & The Cymbals

Lost Without You - Lorraine Chandler

Don't Let Her Make You Cry - J.J. Jackson & The Jackaels

After He Breaks Your Heart - The Wanderers

Nobody But You - The Exotics

I Can Fix That For You - Dori Grayson

I Give A Damn - Johnny Watson

Heaven's Will (Must Be Obeyed) - Alice Clark

How's Things With You - Joe Mayfield

King For A Day - Danny White

The Last One To Be Loved - Lou Johnson

Give This Fool Another Chance - Eddie Whitehead

Take Another Look - The Turquinettes 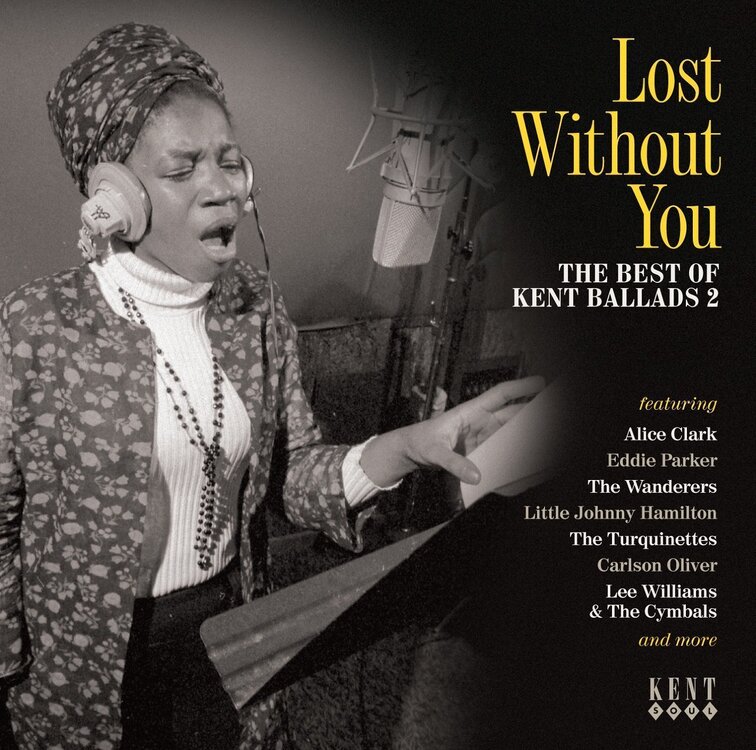