The final instalment in the trilogy

The third and final release from Kent Records of their Vietnam trilogy spotlighting Black America’s involvement in the Vietnam war using music as the prism.

A preview of the release notes by Tony Rounce follows below...

Featured artists include major names such as Marvin Gaye, the Impressions, Dionne Warwick, William Bell, and the Staple Singers alongside lesser known but equally worthy artists including Michael Lizzmore, the Pace Setters, Charles Smith & Jeff Cooper and Artie Golden, all of whom have something important to add to the story. You’ll find recordings reflecting every emotion war can bring about, from initial optimism to creeping frustration and ultimately despair and desolation.

Given the huge amount of young black Americans who were conscripted to a war from which so many would never return, it is not hard to understand the vitriolic attitude of so many of these songs. The vast majority of these tracks have not previously appeared on Kent, and several make their CD debut here. Annotated and illustrated as copiously you would expect a prestige Kent project to be, “Stop The War” is a fitting and forthright finale to a trilogy on which it has been extremely gratifying to work.

The full release notes along with more images and purchase options can be had via Ace Record website... 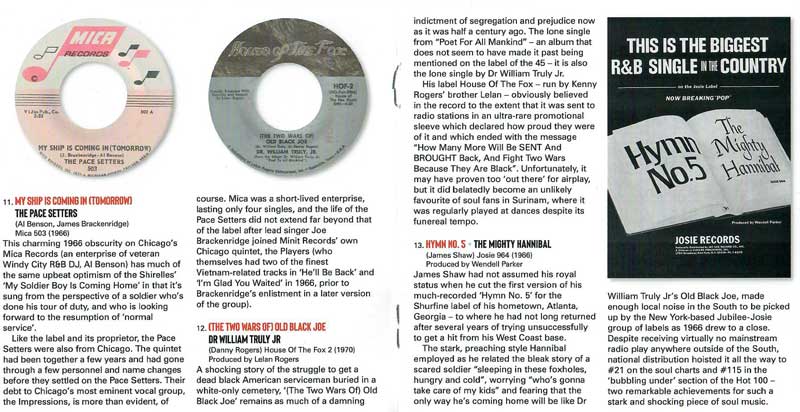 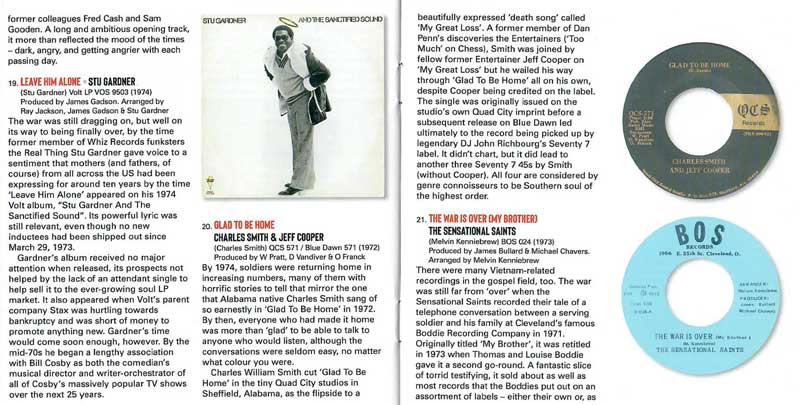 In stock and available to all members via our Source Store at £9.99, details via the link below