New Movie DETROIT out this summer

Deals with the 1967 Detroit riots & how the Dramatics got caugt out.

This summer (August), the new movie DETROIT hits the screens. This has a part fictional story that deals with the 1967 Detroit riots. At the time the riot kicked off, a big soul show was being staged at the Fox Theatre in the city centre. 6 top soul acts had been booked to perform at the theatre for a week long stint, commencing on the 19th July. The acts involved were Martha & the Vandellas, J J Barnes, Deon Jackson, the Parliaments, Lil Soul Bros & the DRAMATICS.

The Dramatics had booked themselves in for a weeks stay at the Algiers Motel while they were playing the gig. Little did they know that when the riot kicked off on Sunday July 23rd, their motel would become the location of one of the most notorious events of the whole riot. 3 young black men ended up dead at the hands of over zealous National guardsmen & local police. The group found themselves on the streets in the middle of the riot that night, and decided to head straight back to their motel for safety. Little did they realise that they were heading from the frying pan straight into the centre of the fire. 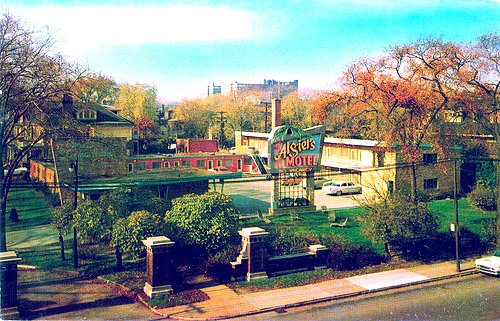 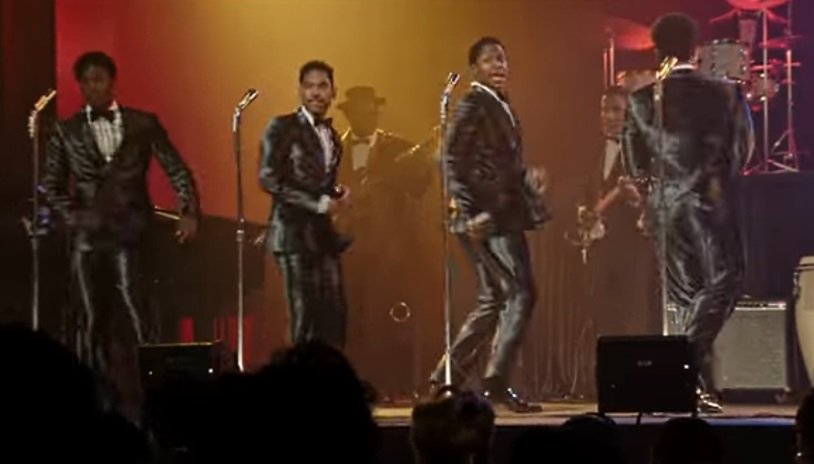 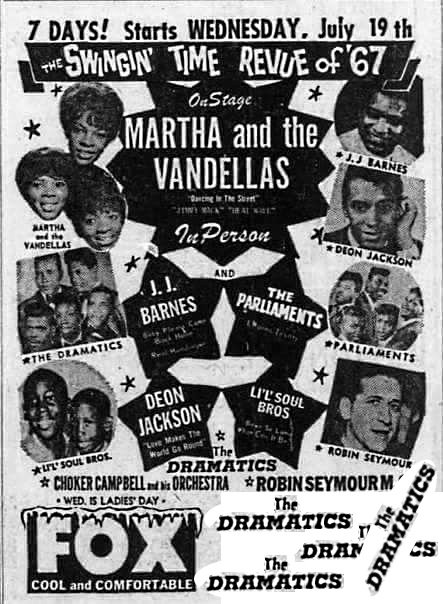