from an almost lost master tape 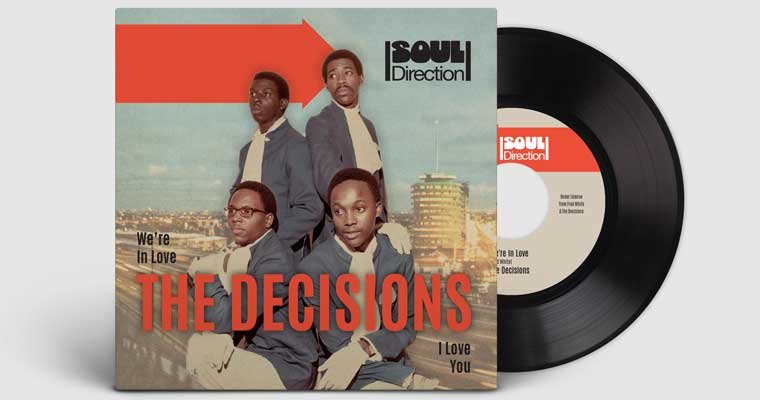 We are pleased to present our next new release:

The Decisions are a group from Atlanta, Georgia comprising of Hildred Thomason, Fred White, Henry Little and Howard Simpson and Harvey Poole. Harvey Poole went on to join the US Military.
They formed at S.H. Archer High School and graduated in 1965.  Over the years these 5 young men went on to start their own Record Label – York Records in the late 60s. They were one of Billboard’s hottest male singing groups to look out for in and around the Georgia area but were gaining success further afield.

After two releases for the local self-owned “York” label in 1968, they then signed for “Sussex” records in the early 1970’s for the Los Angeles based label. Under the leadership of Clarence Avant and cut three more 45s. While with Sussex Records they continued with their unique Atlanta sound that shocked the recording industry and had some success with releases that included "I Can't Forget About You" & Stop Playing Around".

Both these tracks are from an almost lost master tape that was sent to a LA music executive in 1968 by the group but was sadly never returned.  The tracks recorded in 1968 and would have been a possible release for the bands own label "York Records".

People can go to https://www.soul-direction.co.uk and sign up to the newsletter to get a notification of exactly when it is in stock. 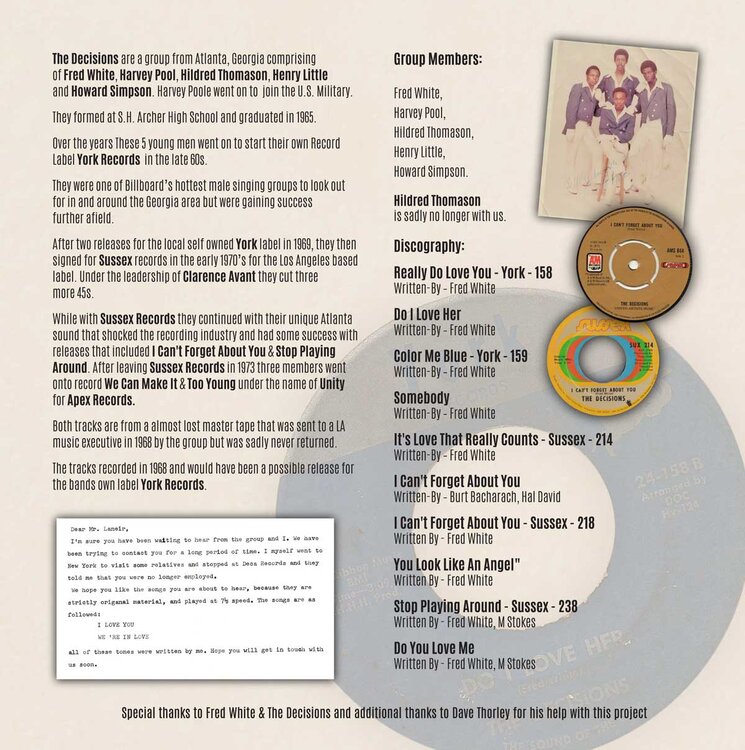