Nightshift and All Souled Out Double Up

two soul books for the price of one

Nightshift / All Souled Out

The first edition of Nightshift by Pete McKenna was published in 1995; at the time this was the first book to have ever been written about the infamous Northern Soul scene in 70’s Britain.

Pete’s book remains one of the leading authorities on the subject and includes personal accounts of the legendary Wigan Casino Soul Club and Blackpool Mecca. To celebrate the 40th year anniversary (1973-2013) of the Wigan Casino Soul Club, Countdown books have published this new edition — with many extra’s that were not included in the first edition. Additionally, this new edition also includes a second book All Souled Out which is a collection of short fictional Northern Soul stories written by Pete McKenna and Ian Snowball.

So two soul books for the price of one. 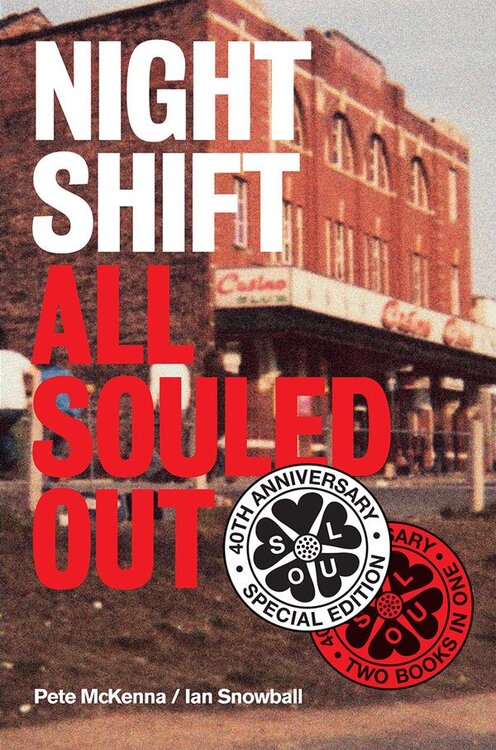 I picked this for £6 in HMV ther other day

got mine from amazon this week, a good read but I have to say the proof reader needs shooting

Was a bit casino punch drunk by the end of it,how many times is it necessary too have the words Wigan casino repeated on any given page.