The film Nina was released this weekend in the USA

She was one of the century's most extraordinary talents, a 15-time Grammy nominee and Grammy Hall of Fame Recipient; her mesmerizing songs and passionate politics combined to make her the unforgettable Nina Simone (Zoe Saldana). But fame and fortune came with a price, and her later years were riddled with depression, alcohol abuse and isolation. Rediscovering the meaning of her life and work took courage, strength and one true friend: Clifton Henderson (David Oyelowo), the man who started out as her assistant and eventually became her loyal manager. With Clifton's encouragement, the "high priestess of soul" began a courageous journey back to her music ... and, eventually, herself.

As you may well be aware there has been quite a lot of controversy regarding this film and its choice of actress. Given that this is now out it's interesting to see how the final; product has been received.

The Guardian has a recent first look review..

'The chorus from the most famous Nina Simone song never heard in the Nina Simone biopic is the one that rattles around in your head most as you watch it: “Goddam!” Cynthia Mort’s long-in-development Nina has been the focus of considerable casting controversy, but the light-skinned Zoe Saldana wearing dark makeup and face-altering prosthetics is only the film’s surface problem. At its core it is an inept, cliche-ridden story edited together in a treacly and cheap manner. Set 20 years ago, Nina feels like a made-for-television movie of the era, the type which, thankfully, we rarely see any more'

The full review can be read via

Anyway it's now out in the USA, no sign of an UK release date yet. 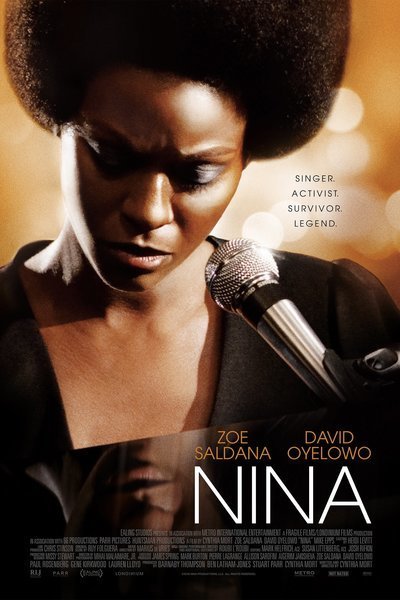