The Olympians - Daptone Album - Out Now!

The Olympians have a new self-titled album out and about via Daptone Records available via vinyl, cd, digital and streaming services

This debut instrumental soul album from The Olympians features Daptone's superlative stable of musicians for a funk-filled landscape, lush with orchestration, and ripe with soul.

Can purchase it right now via the Daptone Shop, Bandcamp, Digital, or if logged into Deezer or Spotify can stream it directly right now below

After repeatedly being visited by a strange messenger in his dreams while on tour in the islands of Greece, Toby Pazner became consumed with a vision to tell the stories of The Olympians through music. Chosen by the gods as a messenger for not only his musical gifts, but for his unique position at the center of the Daptone family, Toby built a home studio from scratch and employed some of the top soul musicians in the world to help him breath life into this album. The result is a dramatic and cinematic journey to the outer limits of instrumental soul music, built on a foundation laid by the same craftsmen whose bricks built the legacies of Sharon Jones, Lee Fields, Charles Bradley, The Budos Band, and Menahan Street Band, and painted with lush strings, harpsichord, harp, and horns. The Olympians is destined to be the instrumental gem of the year. Includes download card. 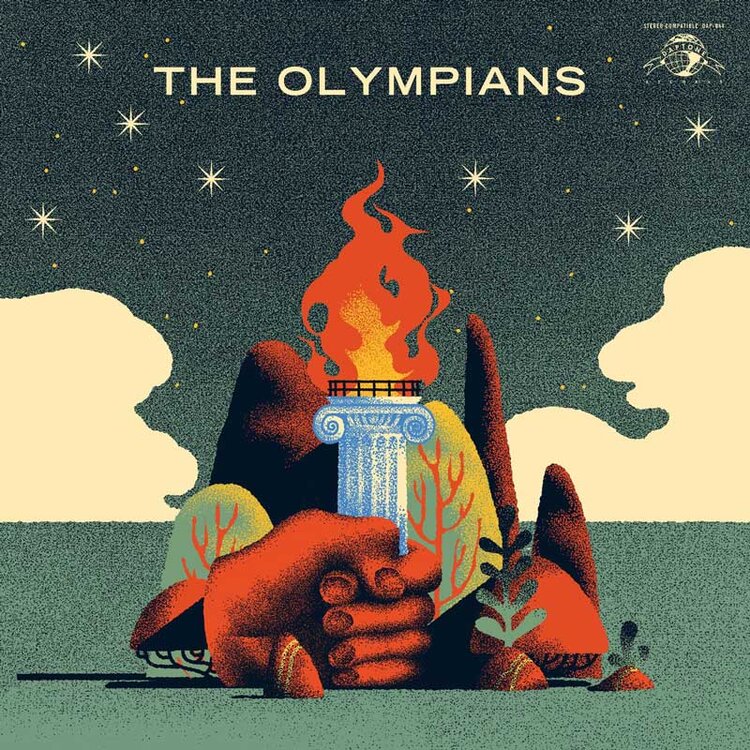