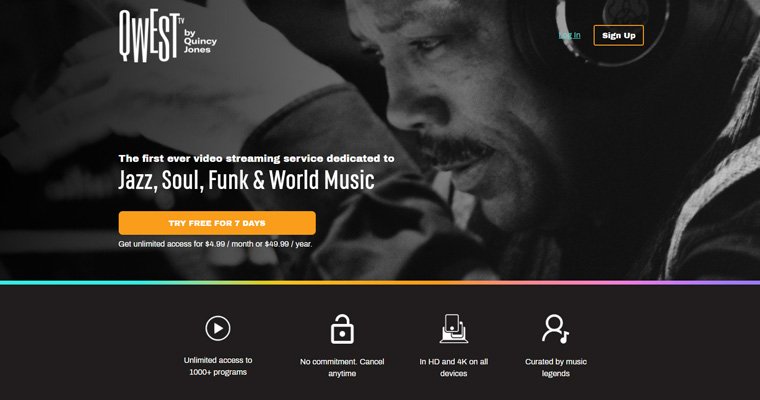 Qwest Tv (if not aware) is a streaming site and TV channel, founded in 2017 by Quincy Jones and the music producer Reza Ackbaraly.

Described as the first ever video streaming service dedicated to Jazz, Soul, Funk & World Music, it's billed as having thousands of unique concerts, archive footage, and documentaries handpicked by Quincy Jones & his team

It is a subscription service, but they do offer a 7 free day trial, and some free viewing of concerts.

The Qwest Tv Website can be viewed at https://qwest.tv/

Well worth the walk over, as it says above not only for the new concerts but also to clock the vast amount of the video content already up.

Also available via apps as well