Robert, one of the Peach States more obscure recording artists, at one time having only been known to the most diehard 70’s soul collectors for his solitary Crescent label 45, “I Need You Girl”. 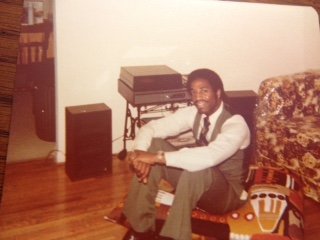 Robert Montgomery is a Singer, Songwriter, Producer, Performer, Keyboard and Organ Instrumentalist, who began his music career in his early teens jamming with local bands in his small hometown of Rome, Georgia. His most exciting experience in those early days was with the formation of a band called “The Sons of Aries.” They performed a good blend of rock, soul, and jazz, keeping them very busy performing throughout the southeastern states of the US for a considerable time. However, they never gravitated to recording any original material, with the group eventually disbanding.

It was then that Robert began to write his own songs. One such tune was the soulful “I Need You Girl,” a song based on personal experience with his lady and future wife Emma. By now in his early 20’s Robert was intent on becoming that solo artist that he always aspired to be. Hooking up with a crafty local businessman named Jeffrey Jackson Jr, He entered the studio and recorded “I Need You Girl,” using guys from his former group who were by that time called ‘Chain Reaction’. So the song was released on Jackson’s label, Crescent Records, but because of a shoestring budget the 1000 copies pressed were poorly distributed and the song never really achieved any great level of success. 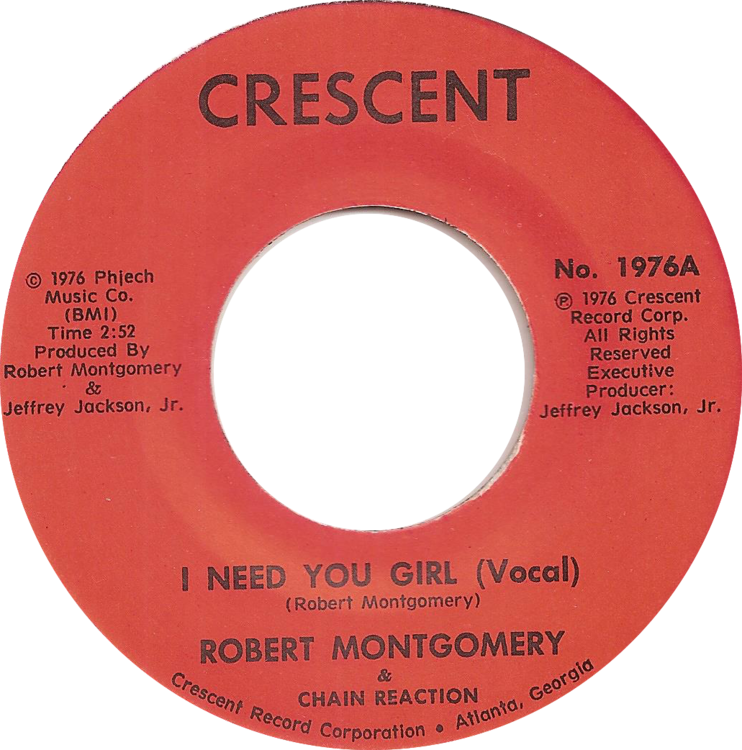 At that point, to get more experience, Robert took an opportunity for the large part of a year to go on the road with a group from the mid-west called Villaruz. They majored in performing dance sets of pop, rock, and soul music in the mid-west and eastern parts of the country and played big events like the Kentucky Derby often settling down in large hotels with nightclubs for a month at a time, thus making their road life more palatable.

Still not satisfied with the direction of his music career, Robert during 1978 with his wife moved to Atlanta where he soon heard a band rehearsing in an apartment complex. They sounded good but at that time they didn’t have a keyboard and organ player, so Robert introduced himself and asked if he could sit in. The band in question being the funk group “Ripple,” originally from Michigan, who themselves had moved to Atlanta upon signing with GRC Records. Ripple recorded several hit singles for GRC including “I Don’t Know What It Is, But It Sure Is Funky”. Later followed by the seminal album “Sons Of The Gods” for Salsoul Records in 1977, which featured their perennial disco/hustle classic “The Beat Goes On And On”. The group by now was being reconstructed by their band leader percussionist Brian Sherrer. They liked Robert’s playing and vocal abilities, so they invited him into the group and began gigging together. They were also creating new material and thinking of collaborating together on a new album. Although Robert’s main dream remained to be a solo artist, he was willing to give this a try in the event it might finally work out.

It was during this time, that Robert using musicians from Ripple entered the studio and recorded four self penned songs as a vanity project and a further two songs written by other group members. Being cautious, they recorded the music together but kept the business affairs separate, for they all had experienced many prior disappointments. The output from this recording session remained unissued ( a situation soon to be rectified on future Soul Junction projects) Robert was hoping that this might finally be his chance to make it, but sadly it didn’t happen, and by this time being 28 years old and married, he decided to put more emphasis on settling down and building a family. Turning his back on a career as a full time musician he began a new career in the insurance business, which  would lead to him working as an insurance agent for the next 30 years, although he did continue to dabble with his music where and when he could. 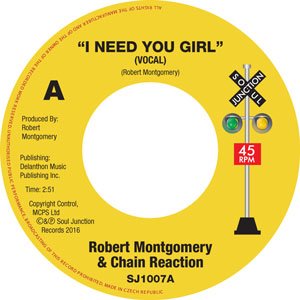 Robert remained oblivious that through the insatiable appetite of European record dealers and collectors alike in their quest to find Black America’s lost soul treasures, his 1976 melodic piano driven outing “I Need You Girl” had been rescued from total obscurity to become a highly appreciated and sought after modern soul favourite. Some circa 15 years after it was initially spun original 45 copies are still hard to come by. It was during his own quest to obtain himself a copy that respected German DJ Lars Bulnheim tracked down Robert Montgomery’s whereabouts and passed the lead on to us at Soul Junction, hence the release of this very hard and desirable 45. A scenario that has made Robert Montgomery a very excited man about this renewed interest in his music.