Ronnie Walker - For Real For Real

Over a year in the making, working together with studios both here in Stockport U.K. and in Philadelphia, USA.

These unreleased tracks were the last that Ronnie worked on before he sadly passed away. Most people will know I’d become a very good friend of Ronnie’s after working with him on a Soul event in Manchester some years back. The event was organised by Dave Moore and Chris Waterman and included Bunny Sigler, Ronnie Walker and my band at the time The Casino Allstars. Needless to say it was a tremendous success and led to me contacting Ronnie on a weekly basic playing his soul music on my Radio Show on KFM radio. I still to this day play one track a week (Ronnie Time) dedicated to this wonderful man. His wife and family have become friends and listen in on a regular basis.

For Real For Real was almost finished and waiting for a few finishing touches before it was to be released, and at the same time I was working with a Stockport group of musicians called The Authentics who at the time were headed by top musicians Clive Stewart and Chris Coomer who both played and produced great music. I got involved with the pair as they were old Wigan Soulies like myself and actually got it Northern Soul wise.

They had some top instrumentals ready for words and vocals to be added, one such track “No one will ever know” I gave great consideration to, this because although I knew it wasn’t for me, I knew of just the man it was meant for. That man being Ronnie Walker.

So with no one but me knowing I sent the track over to Ronnie for his thoughts. He loved it very much and added the vocals and words, this being the start of what I thought would be years of exciting times for us all.

Unfortunately his passing brought the dream to a halt, but I was still determined to do something with this music and with the help of MD records we released the track with an amazing flip side of our version of “Lord what’s happening “. With the record sold out in no time. The monies that we raised were sent over to Ronnie’s wife with exception of some set aside for the group to have a drink in Ronnie’s name which we accomplished with great fun on Stockport market place.

Now I just had to get involved with finishing Ronnie’s Cd ready for the soul market as it was gathering dust in Philadelphia. One thing I’d learnt from Ronnie was how over the years he had never received his just rewards regarding the royalties or indeed promised payments for many contributions he had made to the soul scene. I wasn’t going to let that happen this time round so I’ve funded the manufacturing of this CD which I hope sells out quickly and every single penny / dollar made after manufacturing costs will be going direct to his family.

So if you loved the man and his music please purchase one of these Cd’s knowing where the profit is going and why.

I want no credit for doing this as I considered Ronnie as a dear friend and one day who knows a good deed might come back my way one day when needed.

The 'For Real For Real' Cd, with all unreleased tracks plus the two bonus tracks with The Authentic’s can be purchased from the link below at a great price, thank you one and all. 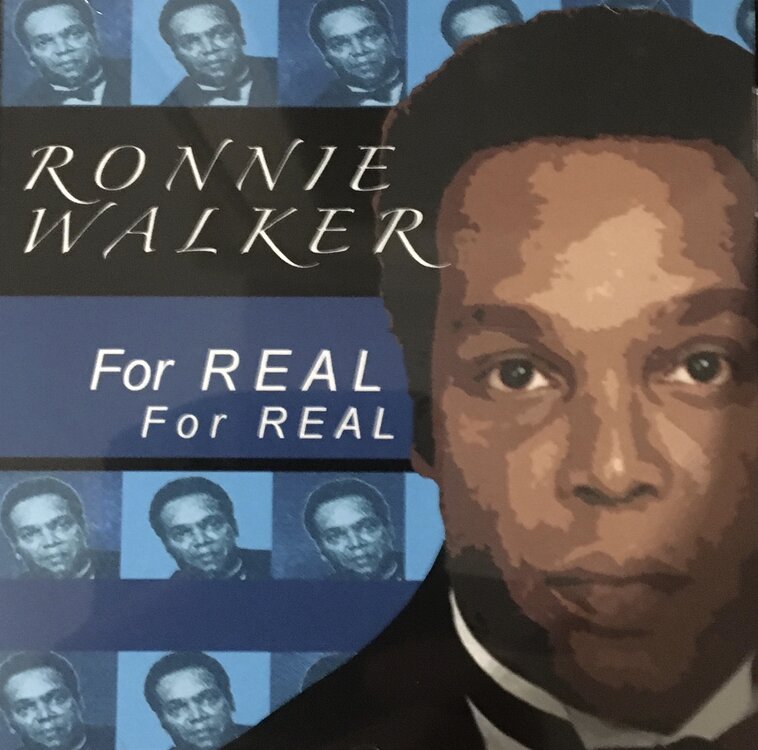 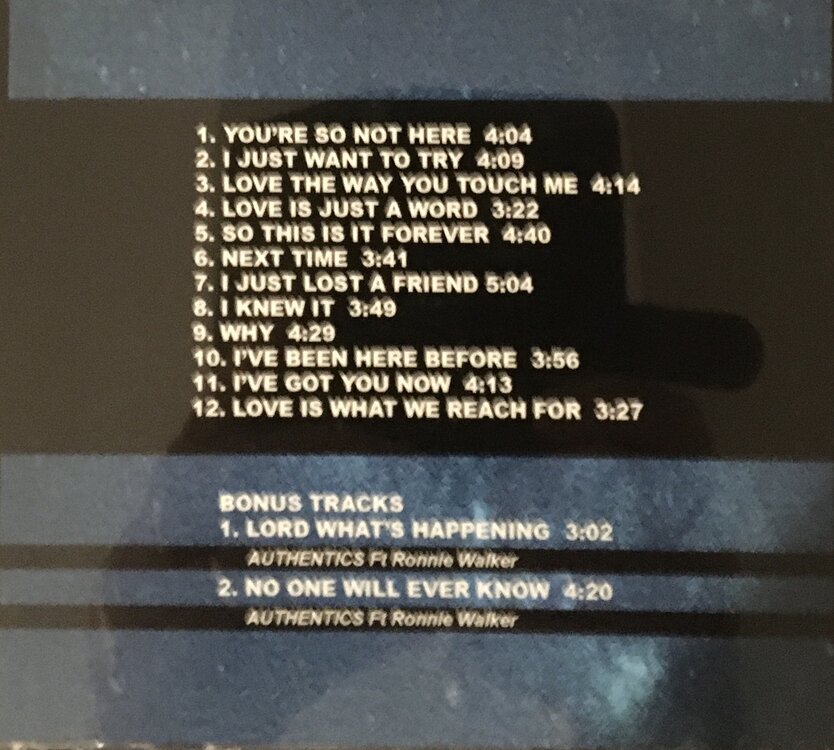