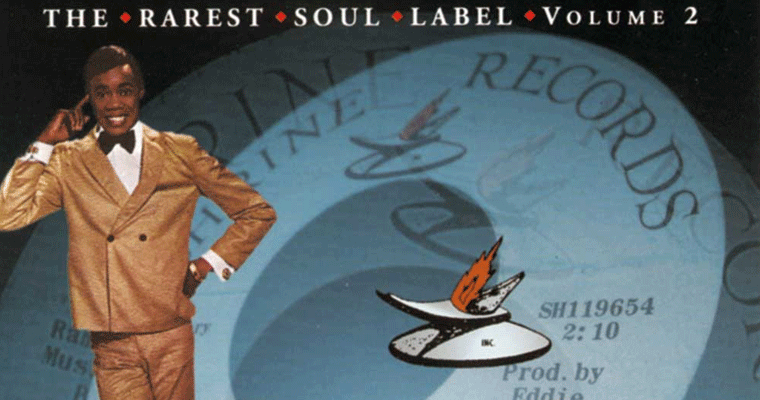 Everyone have met who has this, has said that this cd is ***** excellent, and is now an integral part of their cd player. Heres some notes on it from Ady C which may be of interest

The catalogue number gives it all away.

This is KENT 190 and were already up to CDKEND 214 with the Eddie & Ernie release. It was only one small problem, but that was enough to delay us by two years; the tapes for three of the tracks werent good enough and it took us that long to sort it out. Unfortunately thats not so unusual for Ace, who try to ensure the finest sound quality for all our releases.

Of course it was worth the wait and we can now conclude Kents venture to bring you the world of Shrine Records; the most revered and talked about rare soul label ever. Volume 2 of the story wraps up all the outstanding releases and unissued tapes that appeared on the Horaces LPs a dozen years ago, but also has some outstanding exclusives of its own. The most notable of these are the two Bobby Reed tracks that I discovered in a tape vault about five years ago and which happened to be outstanding 1966 dancers. Baby Dont Leave Me is typically Shrine with a pounding fast beat, strings and heavenly backing singers, while Caldonia Brown is more Jackie Wilsons mid-60s Brunswick style.

Label owner Eddie Singleton was of course working at Brunswick as well at the time and had previously produced Jackies SOUL GALORE LP. While Bobby Reed had also had a Brunswick release of his Clay Town You Are single, so the connection is not surprising. From the same period came the exquisite Wisemens ballad I Wouldnt Mind Crying, written by Eddie and one of his favourite pieces of work. Whilst also in the slow and moody vein, is a lovely DC Blossoms track This Is Your Last Chance, that was found tucked away on the original Shrine 1/2" master tapes and had been missed when I originally went through them with Eddie.

There's also the rousing Take A Look At Your Baby by the Cautions; that originally came from the Scepter studios where the master tapes were left when Eddie hurriedly left New York. It is from the same session that produced Fall Guy and the late 1966 influence of a very slightly off-beat rhythm can be felt on both songs. So thats five new Shrine recordings exclusive to this CD, and the final track Peaches Baby is virtually in this category. This is the rarest of the rare; the last release to be confirmed when Shrine super-sleuth Andy Rix found one of the group (who we only knew about from what we then considered to be an unissued master tape of My Only Love), who confirmed that the single had come out and that indeed he had a copy.

As the A-side Peaches Baby had never been heard apart from as the instrumental backing track, its arrival was eagerly anticipated. But tragedy struck when it was posted across the Atlantic Ocean with virtually no protection, on this the most brittle of all labels, and arrived in pieces. Some time later US collector and dealer Lew Stanley picked up a copy and kindly allowed us to dub the precious 45, so we can at last include it and complete the story.

The sound quality is admittedly poor and may have been the reason for the scarcity of the disc if, as has been speculated, it was withdrawn from sale for this reason. But the effort, tears and wranglings that have gone into finding the thing meant it was inevitable it would make it on to this CD if only for curiosity's sake alone. One or two of the other tracks are aurally below Kents usual standard, but that was a problem that no doubt contributed to the complex reasons for Shrines rarity and collectability.

The Cairos Don't Fight It is the other most notable example with no master tape and this dub actually taken from a super-rare mint copy of the record but still sounds audibly confused. Its musical merits are high and again its a must have on the CD.

When master tapes were available the quality of Shrines work is fully revealed and tracks like the Prophets If I Had (One Gold Piece), the Enjoyables Shame and Sidney Halls Im A Lover shine out as great examples of mid 60s soul music at its most sophisticated and creative.

Eddie Dayes ballad, What Am I Gonna Do is a slow soul masterpiece and Ray Pollards This Time and The Cautions No Other Way are Northern Soul classics whose mid 80s spins created enough enthusiasm to get the scene through its darkest days. Northern Soul and 60s soul in general owes a huge debt to Eddie Singleton, Raynoma "Miss Ray" Gordy, Stanley Ossman, Carl Kidd, Kenny Lewis and Harry Bass, along with all the artists, for pursuing a dream that wasnt realised but left us a wonderful legacy of music to savour and enjoy for ever.