Smoke - Give Me Your Heart - Cannonball Records

Cannonball's latest release set to be another dance floor winner.

It is over three years since Alberto Zanini’s Cannonball Records burst on to the scene with the fantastic Big Lee Dowell and “What I Done Wrong”.  Cannonball themselves have come a long way since then too, the in-house musicians who with the use of original studio equipment give us a real authentic sound.  The label has aspiring musicians and singers to promote  contemporaryaspiring musicians and to give them a home and platform to get their material to a wider audience. 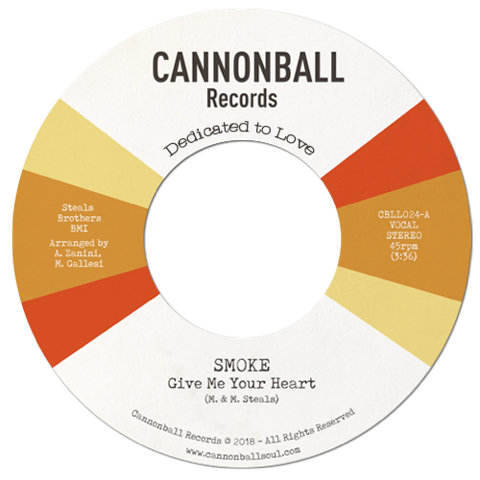 However back to where it started for the latest Cannonball release.  The Steals Brothers, Marvin and Melvin, well known amongst Soul music aficionados for their work under both  their own names and under the pseudonym of Mystic & Lyric with groups such as Magic Night (If You And I Had Never Met),  The Four Perfections (I’m Not Strong Enough), Ecstasy Passion & Pain, The Trammps, the monster smash Could It Be I’m Falling In Love for the Spinners and many many more. 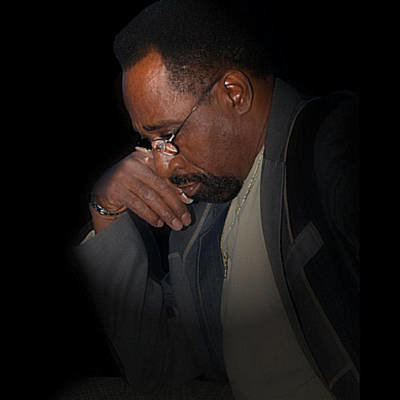 For this release we go back over 30 years to a demo by William “Smoke” Howard to a set of lyrics to a song called “Give Me Your Heart”.  Smoke, a native of Bristol…Tennessee, not Somerset, and now residing in Philadelphia.  Whilst still in College Smoke formed “The Fabulous Nu-Tones” but it was after College that his career began to take off.  He led and managed several bands including “Black Smoke”. He then went on to become the lead singer of the Ebonys in the mid 90s and a tenure that lasts right through to today.

Back to the release, a tale of a guy finding love, but that love is not reciprocated, she only telling him that she likes him a lot.  He then goes on to tell how he feels when she is around and wanting to spend the rest of his life with her and then asking her to give him her heart, he wants to take the chance and wants her to do the same.  Great lyrics from the Steals brothers and carried superbly by Smoke give us this infectious uplifting dancer.

The music was put together and arranged by the Cannonball band, or as Alberto calls them the labels very own Countryside Strings Ensemble who stole precious time from this year’s harvest.  We did reap a great recording from an extremely talented bunch of musicians who brought the lyrics of the Steals Brothers and the vocals of Smoke to life, so much so you would think it was all recorded at the same time some 30 odd years ago and not recently at the studios of Cannonball.

The record has all the ingredients to go where Big Lee went and give the scene another dance floor winner.  Don’t sleep on this, get your order in now via the Cannonball website, it is sure to sell all the 300 copies pretty quick and go on to be not just a dance floor winner but a collector’s piece as well.