Soul music changes just like the weather. Different styles, rhythms and dances have been emerging over the years, making the genre so exciting and assorted. For almost a decade, in the post-disco era, synths and drum machines ruled the day, but by the mid 90s a group of new artists were turning their attention to the golden age of soul music.

One of those names was Adriana Evans, whose debut album from 1996 surprised soul fans around the world. Adriana boasts a solid musical background and this can be heard on the record. Her mom was the jazz singer Mary Stallings and she was also the goddaughter of Pharoah Sanders, so she has been surrounded by music since childhood.

Both choices here are taken from that outstanding album. "Looking For Your Love" is a beautiful mid-tempo tune which could have been recorded by The Emotions or Phyllis Hyman. On the reverse, "I'll Be There" is a sublime piano and flute-led ballad in the vein of Minnie Ripperton. 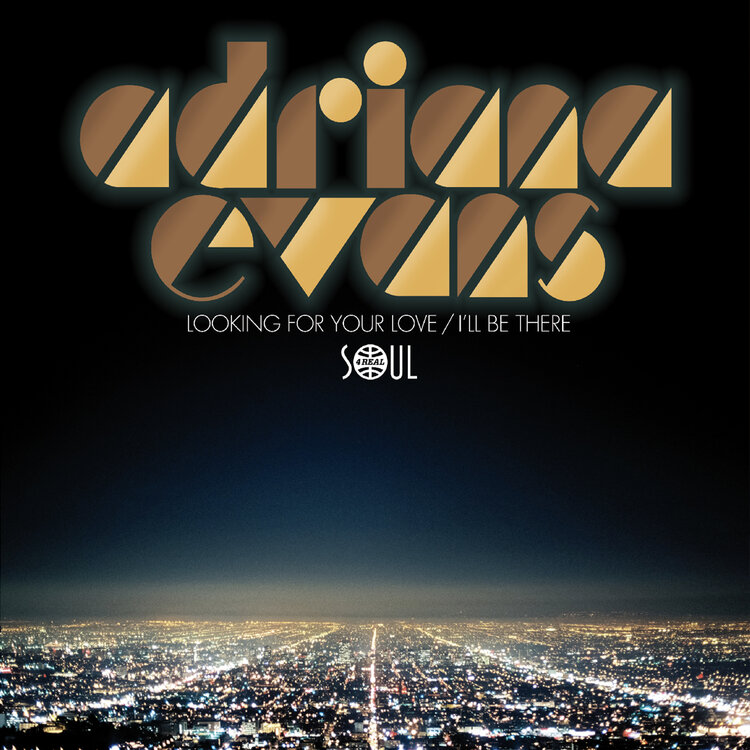 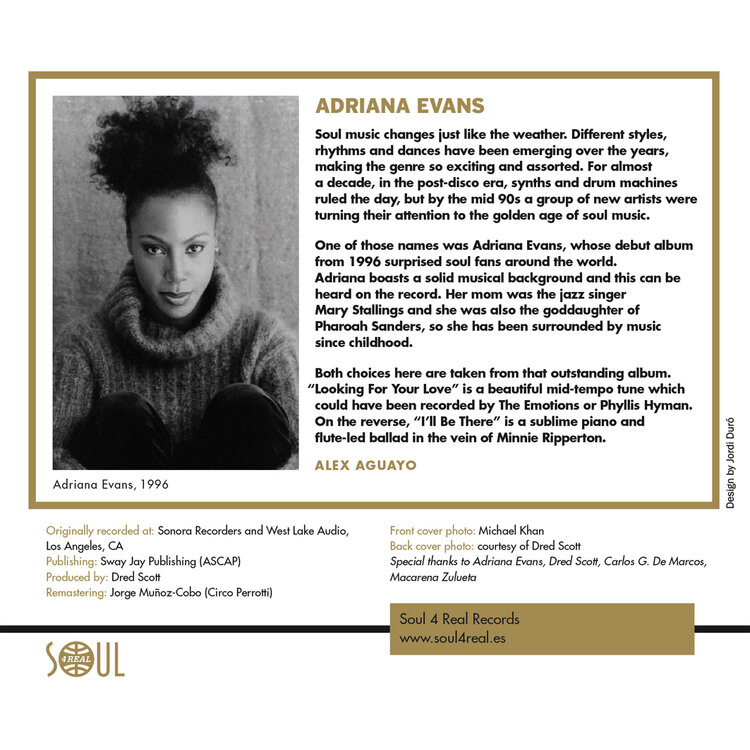 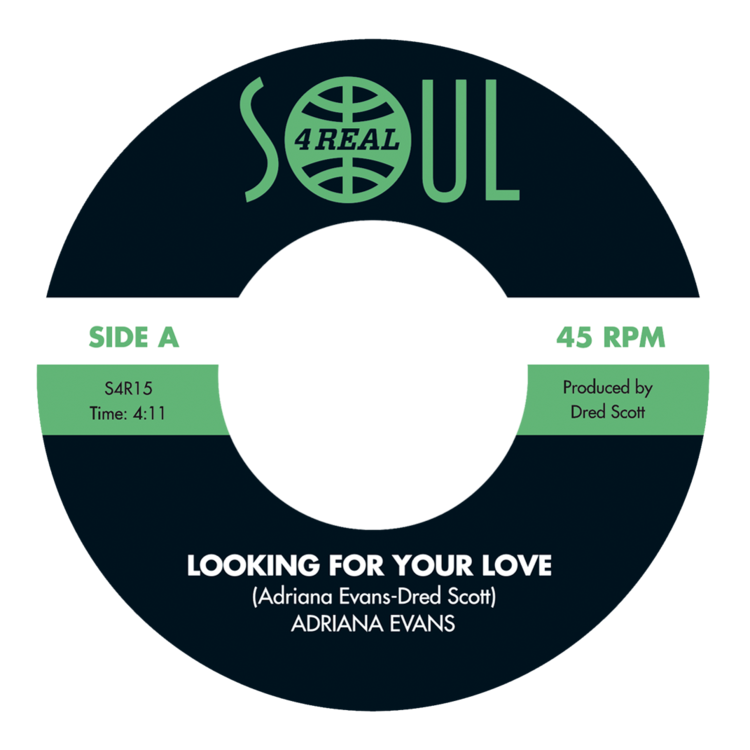 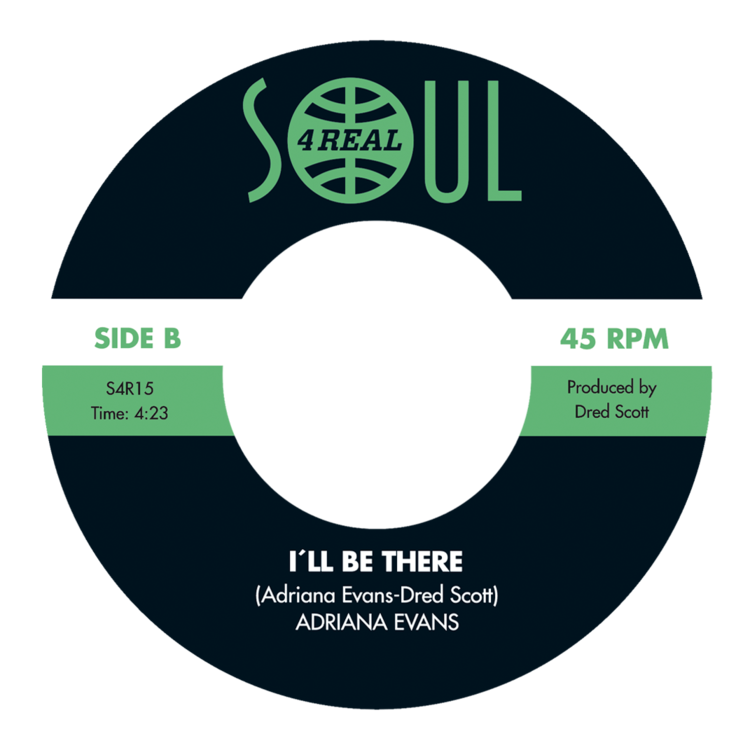