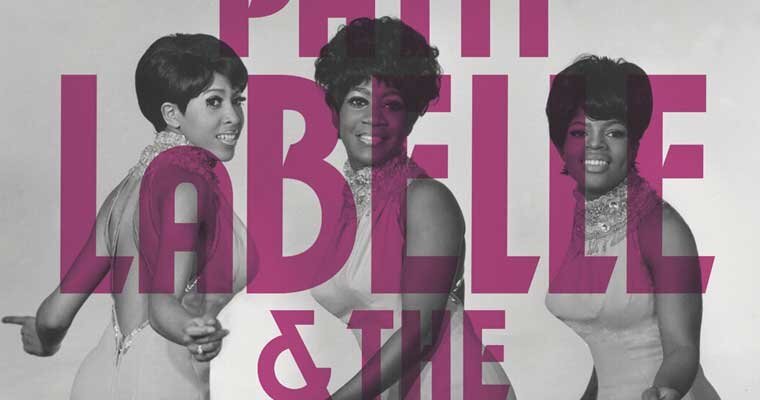 The Patti LaBelle and The Bluebelles period in Atlantic wasn't a success story. According to Jerry Wexler, neither the material nor the promotion was right for Patti, Nona and Sarah, pigeon-holed into some sort of Supremes role which did them no good, especially after Cindy Birdsong, the fourth Bluebelle, left the group to replace Florence Ballard.

However, their later recordings for Atlantic didn't lack quality. Some fine examples are the unreleased tracks featured on this record, two fabulous slabs of crossover soul produced by Don Davis and (presumably) Curtis Mayfield.

"How Can You Throw My Love Away" was also recorded by Carla Thomas on her "Memphis Queen" LP, although this unissued take has Detroit stamped all over it, a perfect example of 1968 Motorcity sound. The bizarrely named flip, though, has all the warmth and sophistication of a Chicago production. Recorded in 1969 at the same session as their Curtis Mayfield-produced 45 "Trustin´ In You / Suffer", it's pretty safe to think that he was also involved, as it was even produced at Chi-Sound Inc. 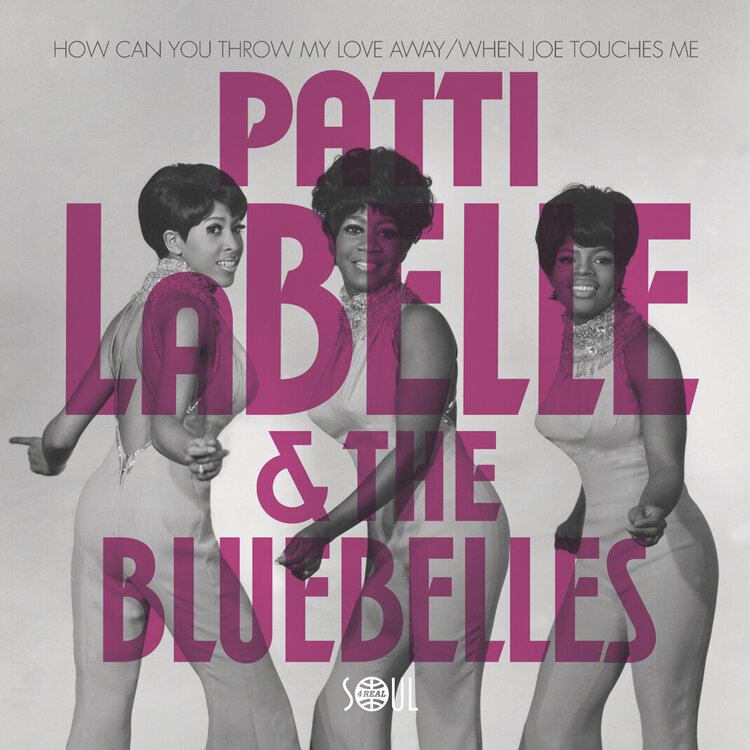 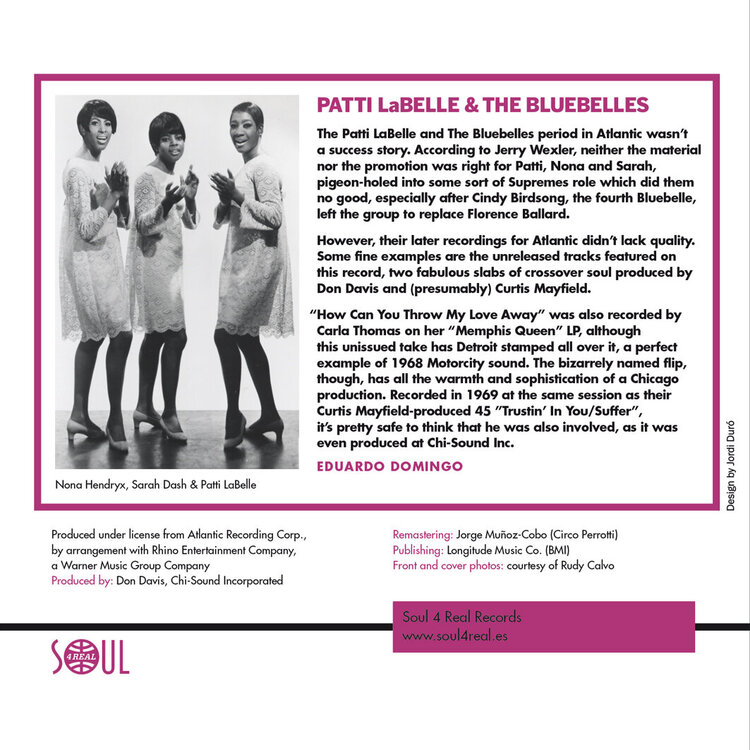 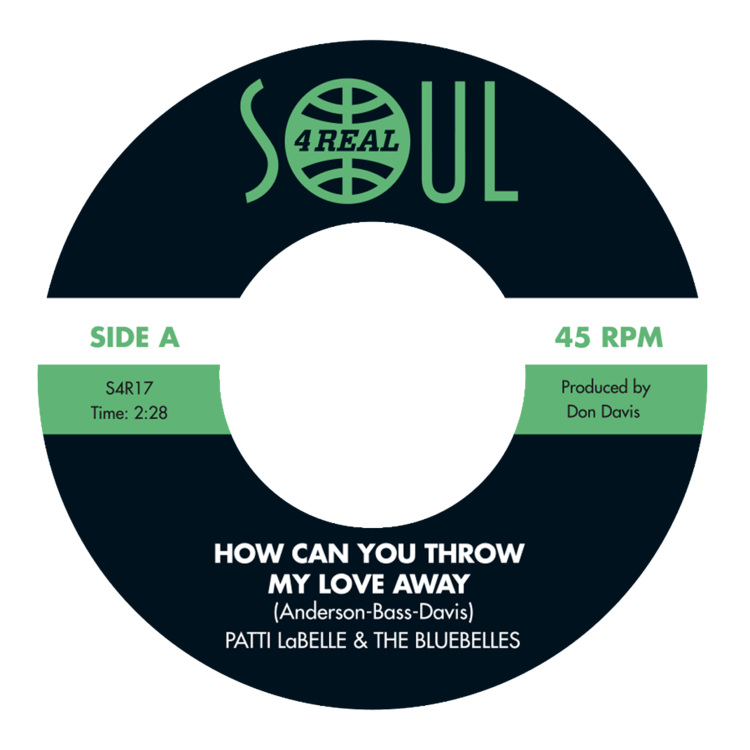 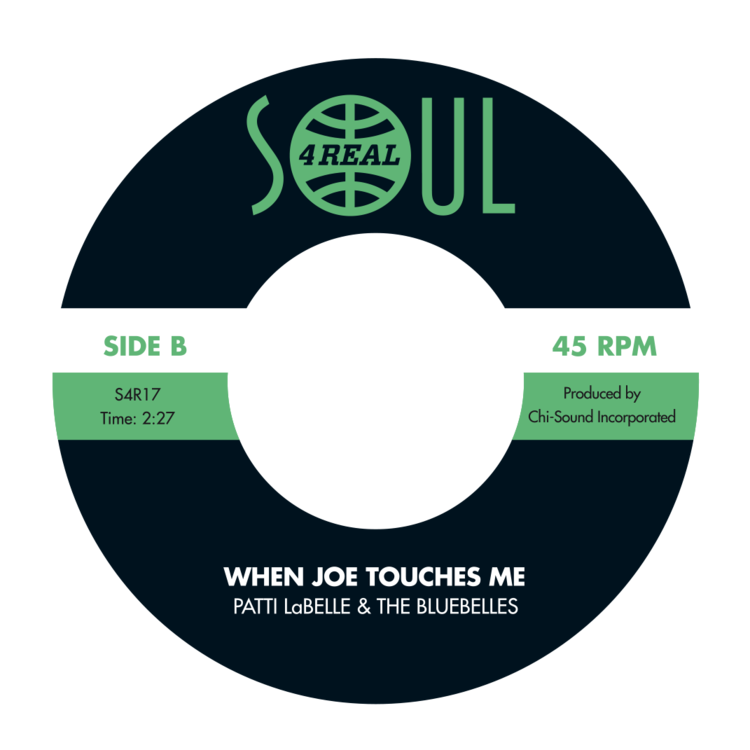