News just in all about a new book titled Soul In Print, a History of Soul Fanzines and Magazines. Due to be published on 1st June 2021. Written by Iain McCartney aka member  @Souledtrafford

Iain over the 180 plus pages, covers soul music related publications from both home and abroad, with many interviews with the people who made those publications possible.

Soul music remains the biggest 'underground' music scene in the world with each weekend, pre-Covid19, seeing countless soul nights and weekenders fill the diaries. Records, on often obscure labels, change hands regularly for four figure sums, while many artists come to Britain countless years after they first stepped into a recording studio to sing tracks that they had to re-learn the words to as it had been so long since they last sung it to an appreciative audience. But for many to learn about those 'four-figure' tracks and those who recorded them, they have had to rely on countless diehards on the scene, the 'anoraks' so to speak. Those who seek out details of an artist's career and compile discographies of the labels on which they recorded and then take the time to put it all into print in the form of a fanzine, or if finances allow, a fully-fledged magazine. Some of those publications failed to last beyond one issue, others slightly longer, and although they do not command the same monetary value as the records, many will fetch considerably more than the music publications found on magazine shelves today. There have been books on the artists, the record labels and the venues and now 'Soul In Print' fills a gap, covering the fanzines and magazines which did much to keep the scene alive and maintain the interest which continues today?

Available from 1st June 2021 via Newhaven Publishing at many stockists such as Amazon, Foyles, Waterstones, WH Smith and more 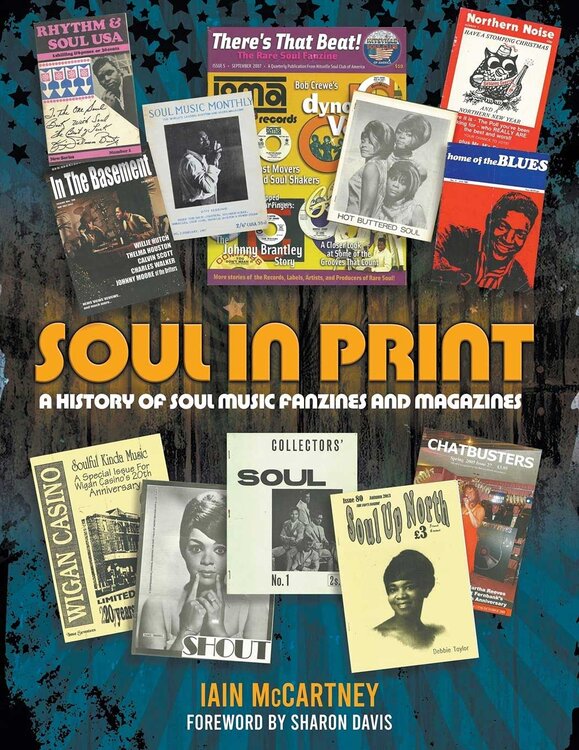 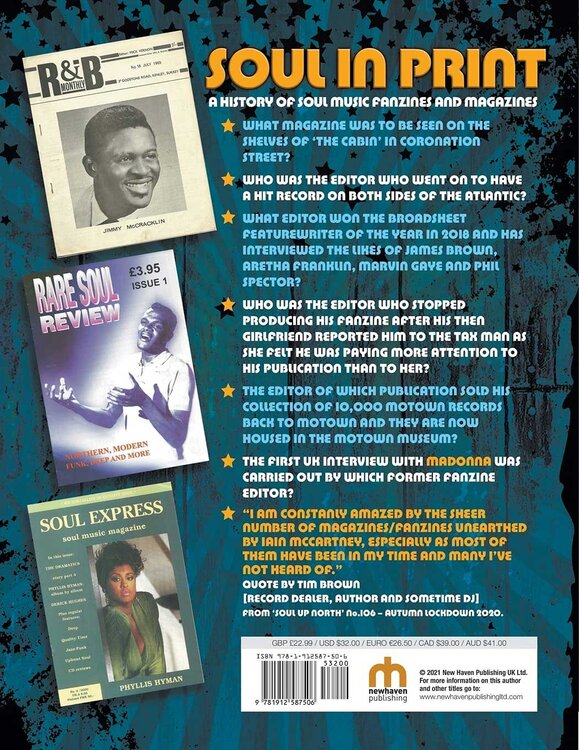