Soul On The Real Side #5 Album Out Now!

gems from the Modern side of Northern Soul

Outta Sight in association with Real Side Records, presents Soul On The Real Side #5…

The J.A.L.N. Band finally make it to CD after 40 years with “Let’s Do It Now” (trk. 6), a fine modern soul offering penned and performed by former band member, and Real Side artist, Roy G Hemmings.

“Whisper (In Your Ear) (trk. 2) was written and recorded by Reggie Griffin and is taken from his 1982 album Mr Everything.  Griffin was an original member of Manchild along with Babyface before he joined Sylvia and Joe Robinson’s Sugarhill empire as a studio musician and producer.  He also performs on “Aah Dance” (trk. 9) by Fine Quality aka Earl Les Dion Brinkley and his cuz (cousin) Cathy Peterson.

R Kelly also makes a welcome return to Real Side with “Backyard Party” (trk. 16) taken from his 2015 album The Buffet.  The party atmosphere continues with UK DJ Ben Westbeech on his 2011 modern soul anthem “Something For The Weekend” (trk. 17) and Lisa Stansfield keeps the British end up with her superb cover of Gloria Scott’s “(A Case Of) Too Much Love Making”.

Finally we tip our hat to the soulful side of reggae with the sought after “Baby Don’t Wake Me” produced by Jackie Edwards in 1972 for Del Davis and our sublime finale “Give Him Up” by First Generation.

iReal Side #5 features another stunning collection of established modern soul classics, new-to-CD rarities and contemporary recordings. This all-new selection includes Real Side artist Roy Hemmings in his former role as lead singer and song writer with the U.K. funk/soul ensemble the J.A.L.N. Band on the rediscovered soulful crossover groove “Let’s Do It Now”. Angie Stone makes a second appearance on Real Side under her Sugarhill moniker “Angie B” on a duet with Harry Ray. Prophecy make their CD debut with their All Platinum rarity “Rain In My Life”, as does Leon Bryant on his self-penned “Just The Way You Like It”. Packing the dance floors across the country is the reggae tinged soul workout by Del Davis, “Baby Don’t Wake Me” (track 5) which is complemented by our so-soulful downbeat finale “Give Him Up” by First Generation.

R Kelly is back with a killer soulful stepper off his latest album, “Backyard Party,” along with other modern in-demander’s courtesy of Lisa Stansfield, Ben Westbeech, Speedometer and the SalSoul rarity “No One (Can Love You Like I Do)” by The Flakes.
The Playlist continues…

Harry Ray Feat. Angie B - Love Is A Game
Reggie Griffin - Whisper (In Your Ear)
Jesus Alvarez - Please Stay Don’t Go
Garland Green - I’ve Quit Running The Streets
Del Davis - Baby Don’t Wake Me
J.A.L.N. Band - Let’s Do It Now
Z.Z. Hill - Universal Love
Tomorrows’ Edition - Be Real
Fine Quality Featuring Cuz - Aah Dance
Street People - I Wanna Spend My Whole Life With You
Prophecy - Rain In My Life
The Flakes - No One (Can Love You Like I Do)
Leon Bryant - Just The Way You Like It
Lisa Stansfield - (A Case Of) Too Much Love Making
D’influence - Magic
R Kelly - Backyard Party
Ben Westbeech - Something For The Weekend
Speedometer Feat. James Junior - Just The Same
Delores Hall - The Sha-La Bandit
The First Generation - Give Him Up 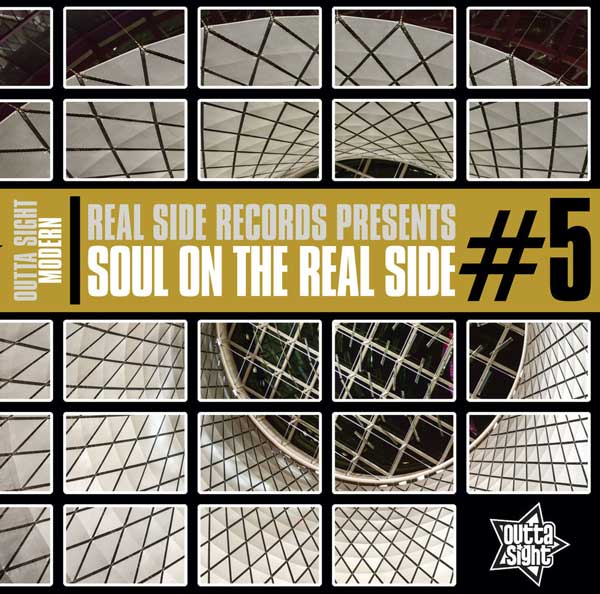