Details of a most recent vinyl lp release from the Charly Records imprint 'Club Soul' setup.

Yep it's another vinyl release from those Club Soul people.This time around Club Soul, in association with Neil Rushton and the Soul Shack crew, offer up an album made up of funk/soul 'classics and rarities'

Here's the track listing and the previews, with the company release blurb following later...

The Soul Shack manifesto is stark - let your body take the place of your mind Pt 1/Pt 2 (and let’s add in an unreleased Pt 3 for the sheer fatback-drum-funk of it).

Soul Shack fave 45 “Keep The Groove” by Bostonian captures the mantra: ”Just remember in everything you do the bottom line is you’ve got to keep the groove”. That lovely Detroit 45 sold the not so grand total of 25 copies on release. In contrast the legendary Edwin J. Bocage (Eddie Bo) had a huge hit with his Crescent City anthemic call-to-dance “Hook And Sling”, another Soul Shack winner. So, to be clear to make our playlist a record does not have to be stupid rare, although as this tough-as-nails compilation confirms obscurity is not discouraged.

The Soul Shack sessions in the Midlands are a homage to mind-blowing and spine-tingling black music gems. They encompass the cerebral jazz fusion preciseness of Larry & Fonze Mizell’s peerless productions, the simple rawness of New Orleans funk (check out “Dap Walk” by Ernie And The Top Notes for quintessential Soul Shack), NuYorican Latin Strut frenzy, the rhythm driven angry polemics of Gil Scott-Heron, the sheen of Philly Soul, the Big Apple Soul Disco genius of Patrick Adams, and, inevitably, the Soul and Funk of Detroit’s many music alchemists.

The schizophrenia of the music selection is an essential part of the master plan. That is, perhaps, best summed up by skin-tight fetish funkateers The Ohio Players (maybe the best live band I have ever witnessed, but that’s another story) being somewhat perversely represented here by the quintessential Northern Soul perfection “Love Slipped Through My Fingers”. 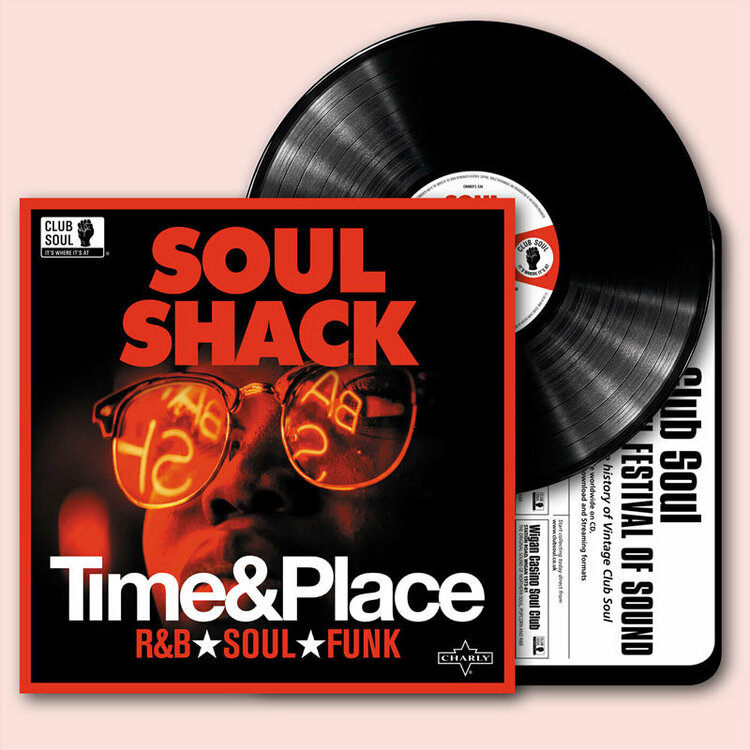 Available direct from Club Soul via  https://www.clubsoul.club and all the usual suspects