WELCOME TO RELEASE #13 FROM SOUL4REAL RECORDS

Soul4Real bring you the last 45 in their trio of previously unreleased Jimmy Gresham Playground Studios recordings from the mid-70’s; a perfect tribute to a great but under-recognized talent.

“A Million Things” has been a huge collaborative effort, meticulously pieced together in 2020 from an unfinished vocal track. Jimmy’s trademark rich, velvet voice, imbued with soul and inflected with a large pinch of southern grit, has been complemented perfectly by the addition of multitalented Marc Franklin’s evocative vibes, horn and string arrangements. Clayton Lancaster laid down the gorgeous, choppy guitar licks which drive the whole mid-tempo groove, and the absolute pinnacle is formed by the glorious, soaring backing vocals of Jimmy’s sister, Mary.

A recording that sounds as though everybody had been in that same Florida studio in the mid-70’s, bouncing off each other’s talent, on a day when they could feel the electricity in the air and they knew something special had been created.

Flip it over to find Jimmy in a more down-home style on “No way to Stop it”, a worthy track getting its first release on vinyl thanks to the efforts of the Soul4Real team. 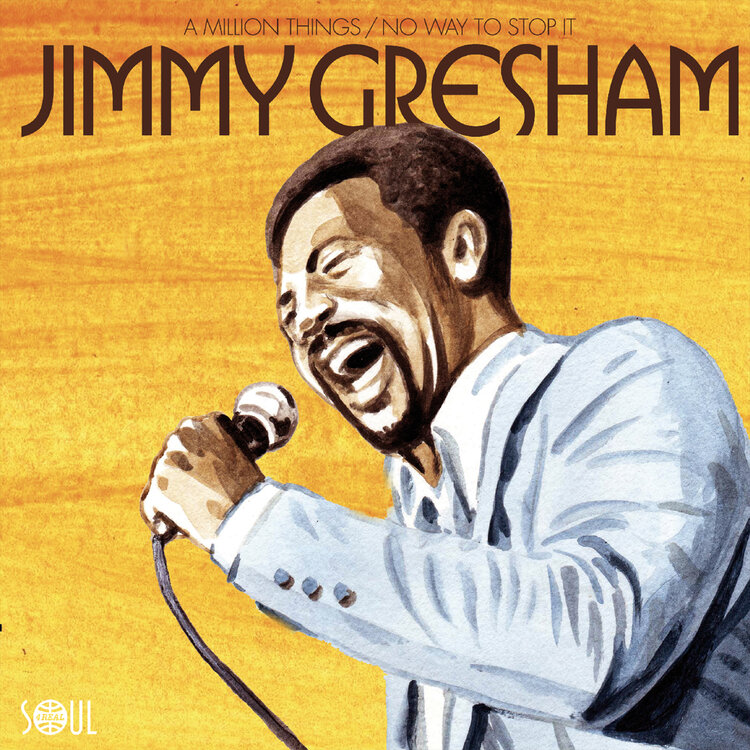 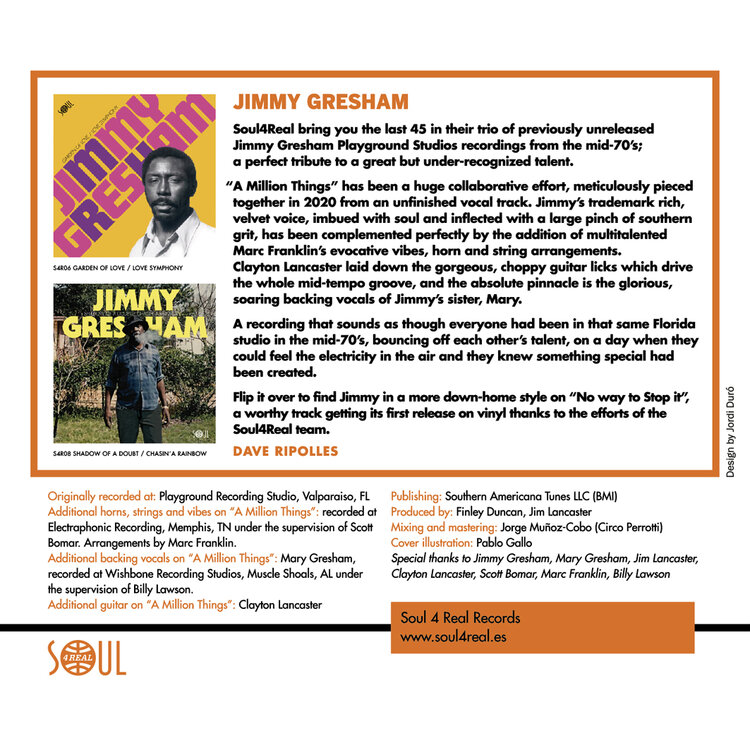 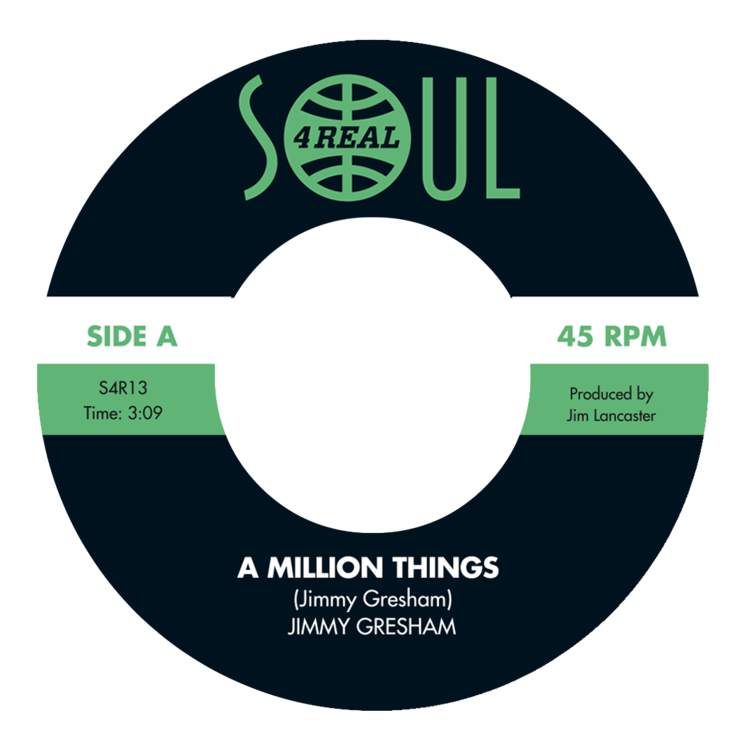 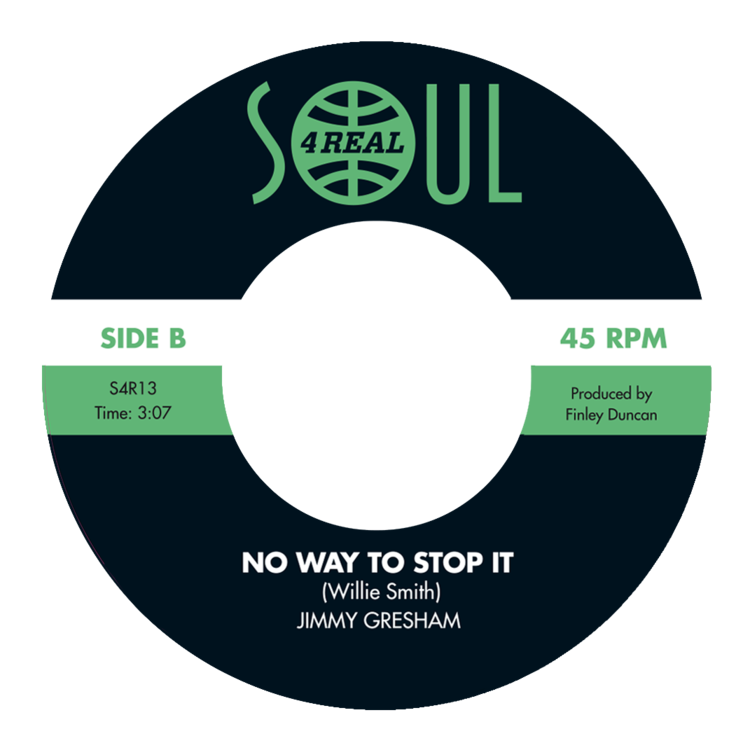