The actual album 'Street Rituals' is due to be released on 31st March on 100% Records label, and is produced by Paul Weller. Plus as well as Bettye LaVette the album also features another stone cold soul legend William Bell, who contributes as well.

The album was recorded at Black Barn and as said has been produced by Paul Weller, who  also plays and sings and has  co-written two of the 10 brand new Stone Foundation tracks and has said

"These are dark, dark times so I was glad to hear a positive voice and vibrations in the words and a joy in the music...what a pleasure and a privilege it was to work with these fellas". “It’s their best songwriting to date, and I just hope people get to hear it because there are some great tunes and I like the message on the record. I like the social comment, because you have so little of that these days.” - Paul Weller on the band and record

The album is due out on March 31st via 100% Records, and can be pre-ordered right now.
more info can be had at the bands website http://www.stonefoundation.co.uk/ and various formats avaialble via https://stonefoundation.tmstor.es/ 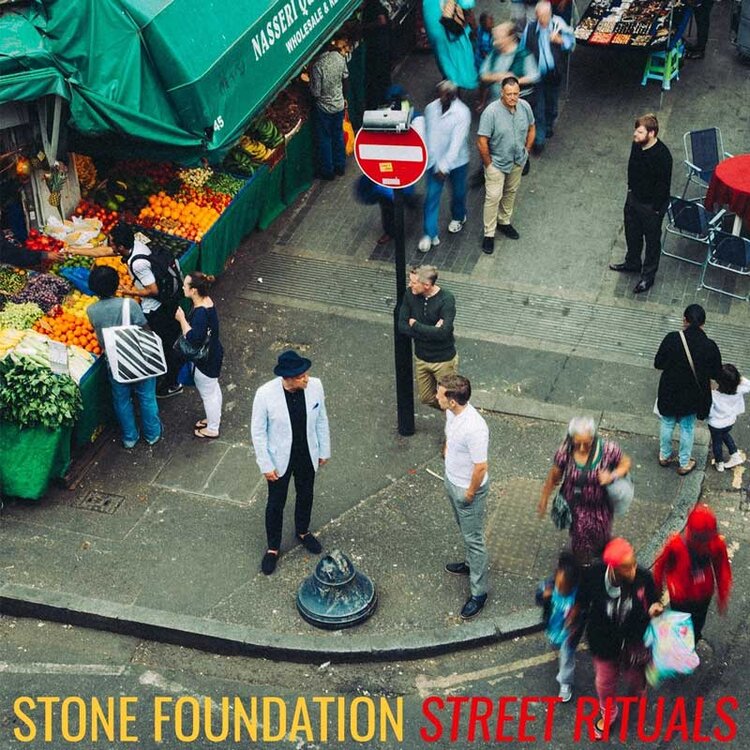 The album is available for pre-order now.  All pre-orders will receive an instant download of Your Balloon is Rising (featuring Paul Weller on lead vocals). There will be further tracks released before the album is out, all these tracks will be made available as instant downloads to all who have pre-ordered the album as soon as they are released.

For the collectors, a super-limited number of Street Rituals test pressings are available on PledgeMusic. Fastest finger first!

Season of Change is the second track to be taken from our new album Street Rituals. It features the amazing vocal talents of one of our soul heroes, the wonderful Bettye LaVette. The song was produced by Paul Weller.

The track is available for instant download to all who have pre-ordered the album from our online store, PledgeMusic or iTunes. It will be available on Spotify as well