The Edwards Generation were the San Francisco based family group that released a number of singles and an album during the 1970s. Their releases are highly revered of globally by soul and funk connoisseurs. Cordial Recordings are proud to partner them with their return to vinyl with the uptempo funked groover of ‘I Like Your Style’ on one side and the Motownesque ‘The Love I Found In You’ on the flip, which features the highly respected Chuck Edwards on lead vocals.


B) The Love I Found In You

The Edwards Generation are a family group that were led by the seasoned recording artist Chuck Edwards and his wife Irene. Chuck was a singer, guitarist and songwriter whose first single was released in 1956 on Duke Records and he went on to release further singles on labels such as Roulette, Alanna, Punch, Rene and Kapp. Chuck and Irene had five children together: Ron, Charlene, Jeff, Myron and Les. These children went on to learn various musical instruments before eventually supporting their parents in the sixties at various local gigs to their then home base of Pittsburgh, Pennsylvania. They became known as The Edwards Generation and released their debut single in 1972 on New York label Ghetto Records with ‘Someone Like You’ and ‘School Is in.’

Shortly afterwards Chuck and Irene decided to take the family on a holiday to the west coast where they eventually relocated to and made San Francisco their family home. When landing in Los Angeles they approached and recorded a session for Barry White. These recordings have unfortunately never seen the light of day yet and are presumed lost in the vaults of the White estate. The family shortly afterwards set up a label called Tight Records where they self-distributed an album and three singles. These have all become collectors’ items in recent years. ‘The Street Thang’ album was released in 1976 and is credited to The Edwards Generation featuring Chuck Edwards. The three singles on Tight are ‘I Need You Only’ / ‘Keep Cool Brother,’ ‘Starlite Starbrite’ / ‘That’s How Much I Love Her’ and ‘I Want You Girl.’ These were all released between 76 and 77.

The family have continued playing in various guises and with much critical acclaim, unfortunately Chuck is no longer with us and passed away in 2001. A partnership between the family and Cordial Recordings will see a number of these songs released for the first time. The first single is ‘I Like Your Style’ and ‘The Love I Found In You,’ which is the only song that features Chuck on vocals. An album entitled ‘Dynasty’ which features some of these songs will be released on vinyl and CD in 2019. We interviewed Irene Edwins recently and she gave us the history of the Edwards Generation. Irene is still performing and you can hear her new single ‘Mr Wonderful’ via youtube 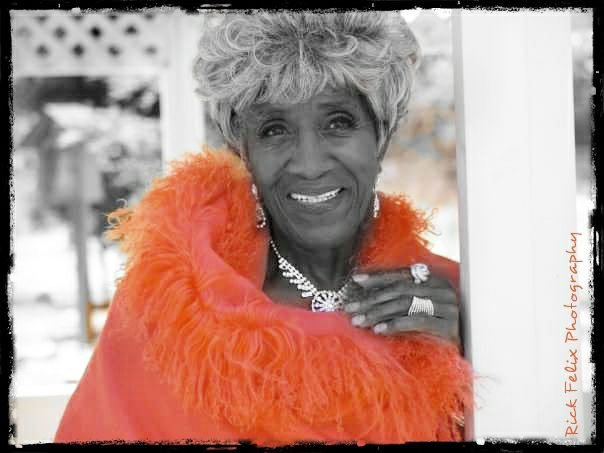 Where are you from originally Irene?

We call it “Little” Washington, Pennsylvania. About 20 miles from Pittsburgh.

Was that where you met Chuck?

Were you both performers at that time?

Chuck was performing a lot because he had the best band, as they said, in Pa. at that time.

What was his band called?

When did you first start working together as performers?

During those years was Chuck just performing in Pa or did he go outside of the state?

He mainly performed in Pa but he also travelled to Ohio, Massachusetts; he also went to Canada. Chuck went to a lot of places.

Did he support any of the big name acts?

He played with the Sonny Thompson Band, Charles Brown, Bo Diddley and quite a few others.

When was your first child born?

My first child was born in 1952, but I lost that child

I only have five children now, but we still consider him a part of the family

Did you consciously help your children to start playing musical instruments?

We didn’t help them in that way. They heard their dad playing all the time. They picked up everything on their own. We didn’t have to push them to play this, or play that. They all played what they wanted to play. My oldest son wanted to play trombone at first. He wasn’t doing what he should’ve been doing, which is practicing, so his dad told him, “You’re not even playing the trombone, so you might as well get rid of it.” He wanted then to play the piano and that’s what he started playing. Everything that the kids started playing they picked up on their own, because that’s what they wanted to do since they were five or six years old.. Les wanted to start playing the drums.. He had been playing on everything in the house and hitting my kitchen pans so hard that I told him that “when he got older he had to buy me a whole new kitchen set”.. He made himself a little drum set and started playing that.. So his dad got him a set of drums.. He was hitting them so hard that Chuck said, “Rene we’ve got to get him another drum set because he’s tearing this one up”. My other sons started picking instruments up and I said to Chuck that “these children are playing!” He said ” I’ve got to sit them down and get them together.” They even went out one time to a little club called Half Brown. They took all their instruments with them to play… They came running back “mom they liked us, they want us to come back. They gave us money, they paid us.” They were happy. They’ve been playing music since they were very young. That’s why they’re so professional. They played with their dad and they learned a lot. They are just exceptional. They’re great musicians. They’ve been playing now for over 50 years…

When did you decide to relocate to the west coast?

We left Pa for California in ’72. We weren’t planning on staying but we got here and we liked it so much that we decided that we weren’t going back to Canonsburg, Pa, which is also the home of Perry Como. We took a family vacation and we never went back because we loved the city, we loved the state, we loved the weather and the beaches. That’s what we did.

I’m reading between the lines but your sons would be in their teenage years when you moved to SF. Is that right?

Yes, that is right. All of them except for Ron finished their schooling in the Bay Area. They performed the whole time.

When you moved to SF was the band getting paid to perform?

Oh yes. They wouldn’t play any place without getting paid because they always had crowds. My four sons played together and they had a wonderful band. As soon as they started playing the audience would be on the floor. They had sell-out crowds. As soon as their fans knew where they were playing they were there. Besides being known as The Edwards Generation, they had several name changes. Once as Genius, another time as One Guyy, and more recently as Movin’. They were the best band here in San Francisco and the crowds followed them everywhere.

Where did the name The Edwards Generation come from?

That came from Chuck CP

Was Chuck an Edwards or Edwins ?

He was an Edwins, but he thought that Edwards would sound more professional..

When you moved to SF the first studio that the group visited was Barry White’s? Did you go to the studio with them?

I did. I was with them. That was in Los Angeles. It was good meeting Barry White; he was a great big huge man. He was amazing.

The first releases that The Edwards Generation released, were they self-financed? Was Ghetto Records a family label ?

The very first family record that was released was through Ghetto Records, which was based in New York City and financed through its owner/president George Febo.. The song was called “Someone Like You”. Everything after that venture was financed through our own labels. One, which was Rene Record was named after me. There was also Punch Records and Tight Records.

In the 70’s in San Francisco which groups did The Edwards Generation support?

There were quite a few name acts. They played with The Intruders, also War, did a show with Tower of Power, opened for ConFunkShun to name a few. They even performed with Taj Mahal at the world renowned Glide Memorial Church in San Francisco with the Reverend Cecil Williams.

The Edwards Generation never really split up because the members have continued recording separately. Was Chuck doing his own thing too after “Street Thang”?

He was doing his own thing. The boys were wanting to do their own thing too. They were growing up and you can’t stop that. They were performing a lot. They went on tour oversees to Japan and Europe.

Did you continue performing too?

I still perform at times. I’m working on a CD now with my son Myron. I’m hoping to get that out soon.

I’m sorry about asking but when did Chuck pass away?

For me it’s very important that the first single released is the one song that we have that features Chuck on lead vocals, hopefully that will help with his legacy.

What surprised me about the thirteen songs that we’ve signed is that they’re all really good songs! Your children are obviously very talented indeed who should have deserved a bit more recognition for their musicianship and the ability to write good catchy songs.

They’re great musicians and beautiful writers. They’ve got a lot of material. Once the album is released other people will get to hear the music too. They’re great performers too. Les is great on drums; Myron is great on the bass. They all know how to perform. All of them ! Jeff has a CD out and he’s coming to London.