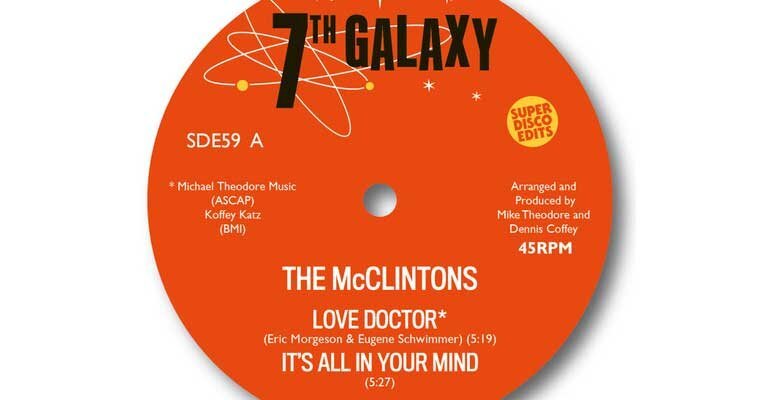 Super Disco Edits have a new 12 lined up for late October release, here's the labels blurb...

Welcome to our last instalment from Eryk and Antoinette McClinton. Brother and sister duo who recorded these demo tracks with Detroit legends Mike Theodore and Dennis Coffey. Recorded around 1979 these cuts were a spotlight on the duo's talents, hoping land them a record deal. Both had been active in the past with various recordings. Erik & the Vikings, and together as Eryke and Aronnette on Honey records.

Here we have Four cracking disco fused funky songs, "Love doctor" made it on to our record store day lp "Long Distance Love Affair" so you may have already heard this.

Accompanying this track are two more disco funk cuts. "Its all in your mind" & "Funky time Saturday night". Last and not least is the 2 step jam of "Recollections".